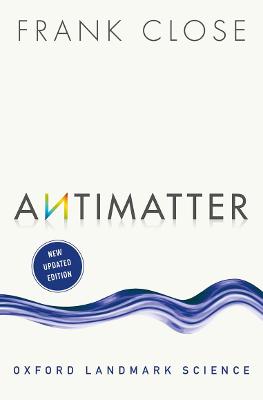 Antimatter explores a strange mirror world, where particles have identical yet opposite properties to those that make up the familiar matter we encounter everyday; where left becomes right, positive becomes negative; and where, should matter and antimatter meet, the two annihilate in a blinding flash of energy that makes even thermonuclear explosions look feeble by comparison. It is an idea long beloved of science-fiction stories--but
here, renowned science writer Frank Close shows that the reality of antimatter is even more fascinating than the fiction itself. We know that once, antimatter and matter existed in perfect
counterbalance, and that antimatter then perpetrated a vanishing act on a cosmic scale that remains one of the greatest mysteries of the universe. Today, antimatter does not exist normally, at least on Earth, but we know that it is real for scientists are now able to make small pieces of it in particle accelerators, such as that at CERN in Geneva. Looking at the remarkable prediction of antimatter and how it grew from the meeting point of relativity and quantum theory in
the early 20th century, at the discovery of the first antiparticles, at cosmic rays, annihilation, antimatter bombs, and antiworlds, Close separates the facts from the fiction about antimatter, and
explains how its existence can give us profound clues about the origins and structure of the universe.Oxford Landmark Science books are 'must-read' classics of modern science writing which have crystallized big ideas, and shaped the way we think.

Other Editions - Antimatter by Frank Close 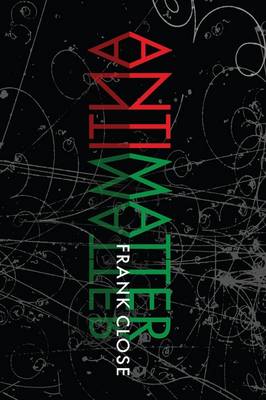 » Have you read this book? We'd like to know what you think about it - write a review about Antimatter book by Frank Close and you'll earn 50c in Boomerang Bucks loyalty dollars (you must be a Boomerang Books Account Holder - it's free to sign up and there are great benefits!)


A Preview for this title is currently not available.
More Books By Frank Close
View All