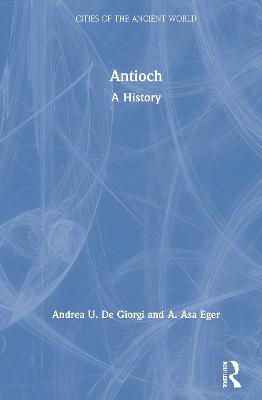 Description - Antioch: A History by Andrea U. De Giorgi

This is a complete history of Antioch, one of the most significant major cities of the eastern Mediterranean and a crossroads for the Silk Road, from its foundation by the Seleucids, through Roman rule, the rise of Christianity, Islamic and Byzantine conquests, to the Crusades and beyond.

Antioch has typically been treated as a city whose classical glory faded permanently amid a series of natural disasters and foreign invasions in the sixth and seventh centuries CE. Such studies have obstructed the view of Antioch's fascinating urban transformations from classical to medieval to modern city and the processes behind these transformations. Through its comprehensive blend of textual sources and new archaeological data reanalyzed from Princeton's 1930s excavations and recent discoveries, this book offers unprecedented insights into the complete history of Antioch, recreating the lives of the people who lived in it and focusing on the factors that affected them during the evolution of its remarkable cityscape. While Antioch's built environment is central, the book also utilizes landscape archaeological work to consider the city in relation to its hinterland, and numismatic evidence to explore its economics. The outmoded portrait of Antioch as a sadly perished classical city par excellence gives way to one in which it shines as brightly in its medieval Islamic, Byzantine, and Crusader incarnations.

Antioch: A History offers a new portal to researching this long-lasting city and is also suitable for a wide variety of teaching needs, both undergraduate and graduate, in the fields of classics, history, urban studies, archaeology, Silk Road studies, and Near Eastern/Middle Eastern studies. Just as importantly, its clarity makes it attractive for, and accessible to, a general readership outside the framework of formal instruction.

Other Editions - Antioch: A History by Andrea U. De Giorgi 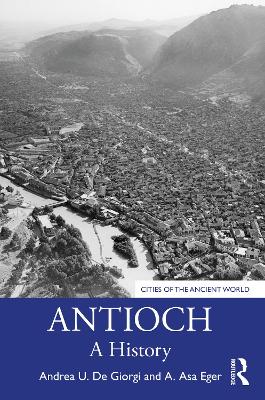 Book Reviews - Antioch: A History by Andrea U. De Giorgi

» Have you read this book? We'd like to know what you think about it - write a review about Antioch: A History book by Andrea U. De Giorgi and you'll earn 50c in Boomerang Bucks loyalty dollars (you must be a Boomerang Books Account Holder - it's free to sign up and there are great benefits!)


A Preview for this title is currently not available.
More Books By Andrea U. De Giorgi
View All