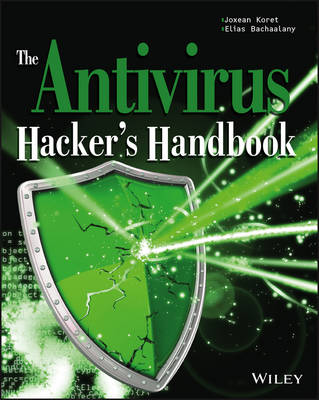 Hack your antivirus software to stamp out future vulnerabilities
The Antivirus Hacker's Handbook guides you through the process of reverse engineering antivirus software. You explore how to detect and exploit vulnerabilities that can be leveraged to improve future software design, protect your network, and anticipate attacks that may sneak through your antivirus' line of defense. You'll begin building your knowledge by diving into the reverse engineering process, which details how to start from a finished antivirus software program and work your way back through its development using the functions and other key elements of the software. Next, you leverage your new knowledge about software development to evade, attack, and exploit antivirus software?all of which can help you strengthen your network and protect your data.
While not all viruses are damaging, understanding how to better protect your computer against them can help you maintain the integrity of your network.

Discover how to reverse engineer your antivirus software

Understand the current state of the antivirus software market, and get recommendations for users and vendors who are leveraging this software

» Have you read this book? We'd like to know what you think about it - write a review about Antivirus Hacker's Handbook book by Joxean Koret and you'll earn 50c in Boomerang Bucks loyalty dollars (you must be a Boomerang Books Account Holder - it's free to sign up and there are great benefits!)

JOXEAN KORET is a security researcher at Coseinc, a Singapore-based security services firm. He is an in-demand speaker at international security conferences, and a well-regarded specialist in reverse-engineering, vulnerability research, and malware analysis. ELIAS BACHAALANY is a computer programmer, reverse engineer, and technical writer employed by Microsoft. An authority in multiple programming languages, database design, and web development, he played an instrumental role in the IDAPython project and IDA Pro's scripting facilities development.