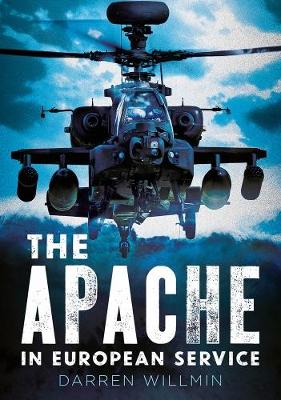 The Apache helicopter is a revolutionary development in the history of war, designed to hunt, take out and destroy its targets, to inflict damage on its enemy and potentially destroy up to 256 targets in less than 5 minutes. Highly maneuverable and heavily armed, the combat-proven Apache helicopter is today the primary attack helicopter for many countries including United States, Royal Netherlands, United Kingdom and Greece, it is feared by many armed forces across the globe and also terror groups in Iraq, Syria and Afghanistan. Flying the Apache into battlefield is extremely dangerous, but with all its weapons, armor and sensor equipment, it is a formidable opponent to almost everything else on the battlefield. It is a deadly combination of strength, agility and fire power, it is the Apache. In this book Darren Willmin explores the immense flying capabilities and the weaponry systems of the Apache from the British, Royal Netherlands and Greeks Army. Amazing illustrations from Darren Willmin's superb photographs capture the fundamentals of the Apache both from the ground and in the air from the British Army Air Corps training ground and at European Airshows. This unique collection will appeal to everyone with an interest in this truly amazing helicopter.

» Have you read this book? We'd like to know what you think about it - write a review about Apache in European Service book by Darren Willmin and you'll earn 50c in Boomerang Bucks loyalty dollars (you must be a Boomerang Books Account Holder - it's free to sign up and there are great benefits!)

Darren Willmin has been an aviation enthusiast since the age of nine and has been capturing aeronautical photographs for over 20 years. His passion for aviation has taken him around the world visiting airports, airbases and air shows capturing unique and stunning images in the process. A keen blogger through his website 'Aviation In Action' he is also the founder of the ** Aviation Society, Darren has decided he would like to venture into writing his very own book. He prides himself on going that extra mile to get the perfect photograph and is well recognised for this.

A Preview for this title is currently not available.
More Books By Darren Willmin
View All