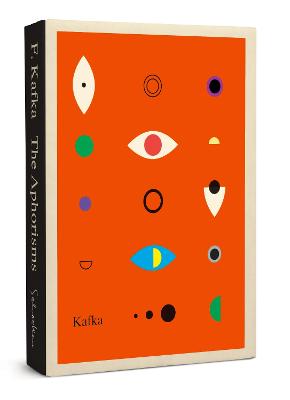 Kafka twice wrote aphorisms in his lifetime. The first effort was a series of 109, known as the Z rau Aphorisms, which were written between September 1917 and April 1918 and originally published posthumously by his friend, Max Brod, in 1931. These aphorisms reflect on metaphysical and theological issues--as well as the occasional dog. The second sequence of aphorisms, numbering 41, appears in Kafka's 1920 diary dating from January 6 to February 29. It is in these aphorisms, whose subject is "He," where Kafka distills the unexpected nature of experience as one shaped by exigency and possibility.

Other Editions - Aphorisms by Franz Kafka 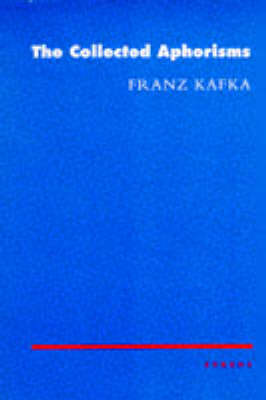 » Have you read this book? We'd like to know what you think about it - write a review about Aphorisms book by Franz Kafka and you'll earn 50c in Boomerang Bucks loyalty dollars (you must be a Boomerang Books Account Holder - it's free to sign up and there are great benefits!)

FRANZ KAFKA was born in Prague in 1883 and died of tuberculosis in a sanatorium near Vienna in 1924. After earning a law degree in 1906, he worked most of his adult life at the Worker's Accident Insurance Institute in Prague. Only a small portion of Kafka's writings were published during his lifetime. He left instructions for his friend Max Brod to destroy all of his unpublished work after his death. Brod ignored those instructions and undertook instead to publish The Trial (1925), The Castle (1926), and Amerika (1927).

A Preview for this title is currently not available.
More Books By Franz Kafka
View All

The Essential Kafka: The Castle; The Trial; Metamorphosis and Other Stories
$6.79 $7.99