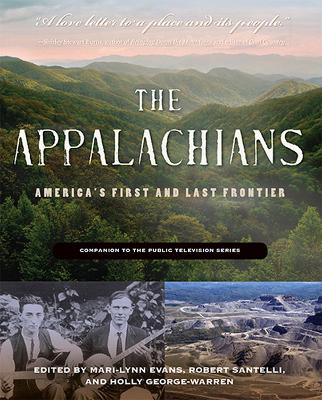 Description - The Appalachians by Mari-Lynn Evans

A beautifully produced companion volume to the public television documentary The Appalachians fills the void in information about the region, offering a rich portrait of its history and its legacy in music, literature, and film. The text includes essays by some of Appalachia's most respected scholars and journalists; excerpts from never-before-published diaries and journals; firsthand recollections from native Appalachians including Loretta Lynn, Ricky Skaggs, and Ralph Stanley; indigenous song lyrics and poetry; and oral histories from common folk whose roots run strong and deep. The book also includes more than one hundred illustrations, both archival and newly created. Here is a wondrous book celebrating a unique and valuable heritage.

» Have you read this book? We'd like to know what you think about it - write a review about Appalachians book by Mari-Lynn Evans and you'll earn 50c in Boomerang Bucks loyalty dollars (you must be a Boomerang Books Account Holder - it's free to sign up and there are great benefits!)

Mari-Lynn is Executive Producer of many films including Coal Country for Discovery Planet Green. Robert Santelli is the author of seven books, including The Big Book of Blues, and is the coeditor of American Roots Music. Holly George-Warren served from 1993 to 2001 as editor of Rolling Stone Press, where she oversaw the creation of forty books, including The Rolling Stone Illustrated History of Rock & Roll.