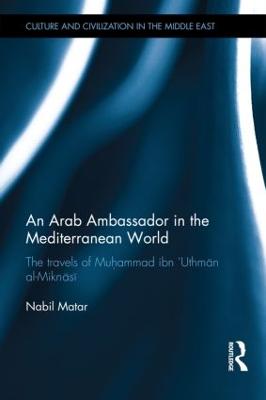 An Arab Ambassador in the Mediterranean World

Description - An Arab Ambassador in the Mediterranean World by Nabil Matar

This book provides translated selections from the writings of Muhammad Ibn Othman al-Miknasi (d. 1799). The only writings by an Arab-Muslim in the pre-modern period that present a comparative perspective, his travelogues provide unique insight with in to Christendom and Islam.

Translating excerpts from his three travelogues, this book tells the story of al-Miknasi's travels from 1779-1788. As an ambassador, al-Miknasi was privy to court life, government offices and religious buildings, and he provides detailed accounts of cities, people, customs, ransom negotiations, historical events and political institutions. Including descriptions of Europeans, Arabs, Turks, Christians (both European and Eastern), Muslims, Jews, and (American) Indians in the last quarter of the eighteenth century, An Arab Ambassador in the Mediterranean World explores how the most travelled Muslim writer of the pre-modern period saw the world: from Spain to Arabia and from Morocco to Turkey, with second-hand information about the New World.

Supplemented with extensive notes detailing the historic and political relevance of the translations, this book is of interest to researchers and scholars of Mediterranean History, Ottoman Studies and Muslim-Christian relations. 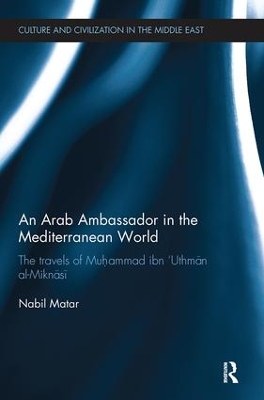 » Have you read this book? We'd like to know what you think about it - write a review about Arab Ambassador in the Mediterranean World book by Nabil Matar and you'll earn 50c in Boomerang Bucks loyalty dollars (you must be a Boomerang Books Account Holder - it's free to sign up and there are great benefits!)

Nabil Matar is Professor of English at the University of Minnesota. He is author of a trilogy on early modern Britain and the Islamic World, along with translations of Arabic sources and studies on the relationship between Europe and the Arab Mediterranean between 1550 and 1798.

A Preview for this title is currently not available.
More Books By Nabil Matar
View All

Henry Stubbe and the Beginnings of Islam: The Originall & Progress of Mahometanism
$97.16 $107.95