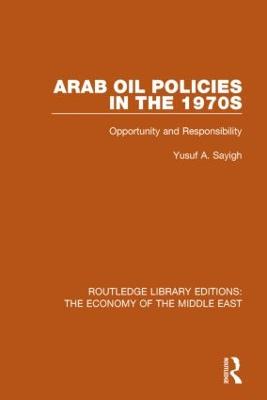 Arab Oil Policies in the 1970s

Description - Arab Oil Policies in the 1970s by Yusuf A. Sayigh

Until 1973 few people, either in the advanced, industrial countries or in the developing countries of the Third World, thought seriously on the issues and complexities involved in the production and marketing of the oil on which they relied. It was only with the sudden steep increases in oil prices that the oil industry became a matter of general discussion, and the Organisation of Petroleum Exporting Countries (OPEC) became a front page topic for analysis and comment. However, real understanding of the organisation and its policies did not accompany this rush of interest and much confusion has followed. In particular, the Arab exporters have received the weight of the criticism although they have only a share in the market and not a monopoly. This book attempts to instil a greater mutual understanding between oil exporters and importers, although it is not a wholesale endorsement of Arab policies, by outlining the major policy areas in this field. It looks at new policy options and their implications in exploration, marketing and pricing and at downstream operations such as the petrochemical and gas industries. In conclusion, this study identifies the wide-ranging opportunities that the new oil policies have opened up for the Arab countries, in the national, regional and international context, and assesses and clarifies the responsibilities which accompany this success.

Other Editions - Arab Oil Policies in the 1970s by Yusuf A. Sayigh 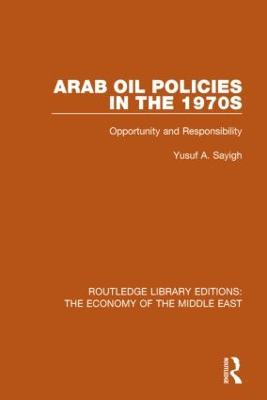 Book Reviews - Arab Oil Policies in the 1970s by Yusuf A. Sayigh

» Have you read this book? We'd like to know what you think about it - write a review about Arab Oil Policies in the 1970s book by Yusuf A. Sayigh and you'll earn 50c in Boomerang Bucks loyalty dollars (you must be a Boomerang Books Account Holder - it's free to sign up and there are great benefits!)


A Preview for this title is currently not available.
More Books By Yusuf A. Sayigh
View All