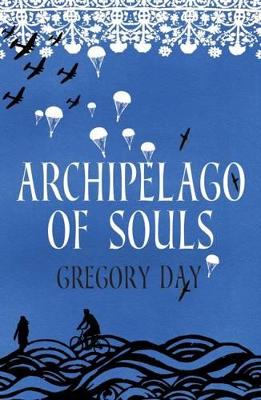 "Day is one of a small, bold band of Australian novelists...whose imaginative compass is as spacious as is their appetite for risk." The Weekend Australian

"Day has chiselled artfully away at his creation, and the result is lovely." The Saturday Paper

In the aftermath of the Second World War, an Australian soldier, Wesley Cress, a hero of the underground resistance on German-occupied Crete, seeks solace and comfort on King Island, in the mouth of Bass Strait, in the Roaring Forties latitude of the Southern Ocean.

Wesley carries in his heart the infernal story of the Battle of Crete, the disappearance of his brother in the ensuing evacuation, and the hellish journey he was forced to take after he was left behind on the ancient island.

When he meets Leonie Fermoy, the granddaughter of an American whaler with her own nightmares, the private and the public battles of their post-war worlds begin to fuse. Through the agency of John Lascelles - the unassuming postmaster on the island and a crusader for the rights of returned soldiers - Wes and Leonie attempt to negotiate a future in which love can prevail in a morally devastated world.

Archipelago of Souls is a novel exploring the difficult realities of nationhood, war, morality and love. Compelling and beautifully realised, it is about the creation of identity, the enigmas of memory and the power of the written word to heal the deepest wounds.

"Richly layered and skilfully controlled, Day is one of a small, bold band of Australian novelists whose imaginative compass is as spacious as is their appetite for risk. For each renewal of his career we can be thankful." The Australian

"A mature and searching book. It is consummately crafted." Michael McGirr, SMH

"Archipelago of Souls is a novel that I read as slowly as I could, not only to savour Day's eloquence and skill in evoking his main characters, the villagers on Crete and King Island, and landscape, plants, and animals; not only to marvel at the moving, universal story he tells; not only to listen to the musicality and rhythm he creates with language, but also because I didn't want it to end. Gregory Day is a master storyteller." Newtown Review of Books


"It's a beautifully written book with a poetic ring to many descriptions that evoke strong imagery, complementing the strong storyline, which will be remembered long after the last page is turned." The Weekly Times

"Day's account of Cress' grinding struggle on Crete is remarkable in every way." The Age

» Have you read this book? We'd like to know what you think about it - write a review about Archipelago of Souls book by Gregory Day and you'll earn 50c in Boomerang Bucks loyalty dollars (you must be a Boomerang Books Account Holder - it's free to sign up and there are great benefits!)

Gregory Day is a writer, poet and musician whose debut novel, The Patron Saint of Eels (Picador 2005), won the prestigious Australian Literature Society Gold Medal in 2006 and was also shortlisted for the Commonwealth Writers Prize for a first novel. His second novel, Ron McCoy's Sea of Diamonds (Picador, 2007), was shortlisted for the 2008 NSW Premier's Prize for fiction, and his most recent novel, The Grand Hotel, was chosen by the Herald Sun as the Best Australian Novel of 2010. In 2011 Gregory's story 'The Neighbour's Beans' was the joint winner of the inaugural Elizabeth Jolley Short Story Prize. He is a regular contributor to the literary pages of The Age newspaper and he lives on the southwest coast of Victoria, Australia.

A Preview for this title is currently not available.
More Books By Gregory Day
View All