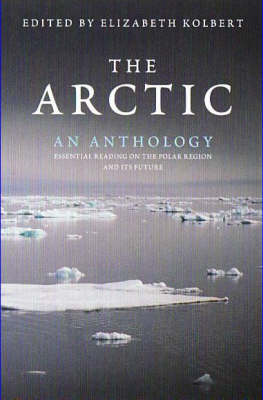 The Arctic features an international mix of classic first-person accounts of exploration, literary travelogues and works on cultural history, natural science and fiction about the North Pole.

Contributors include British, American, Scandinavian and Russian explorers such as John Franklin, Fridtjof Nansen, Salomon August Andree, Knud Rasmussen and Robert Peary; novelists such as Jules Verne, Jack London and Barry Lopez; and environmental explorers such as Gretel Ehrlich. Published alongside the companion volume, The Antarctic: An Anthology.

» Have you read this book? We'd like to know what you think about it - write a review about Arctic: an Anthology book by Elizabeth Kolbert and you'll earn 50c in Boomerang Bucks loyalty dollars (you must be a Boomerang Books Account Holder - it's free to sign up and there are great benefits!)

Elizabeth Kolbert was a political reporter for the New York Times for fourteen years before becoming a staff writer for The New Yorker in 1999. Her series on global warming, The Climate of Man appeared in the magazine in spring 2005; it won a National Magazine Award, the American Association for the Advancement of Science's magazine-writing award, and the National Academies' communication award. She is the author of Field Notes from a Catastrophe: A Frontline Report on Climate Change published by Bloomsbury. She lives in Massachusetts.

A Preview for this title is currently not available.
More Books By Elizabeth Kolbert
View All