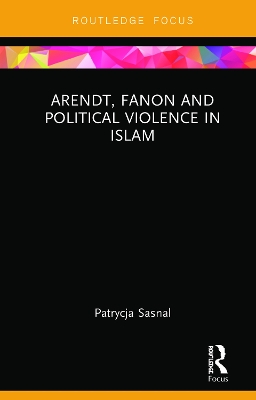 This book looks at contemporary political violence, in the form of jihadism, through the lens of a philosophical polemic between Hannah Arendt and Frantz Fanon: intellectual representatives of the global north and global south.

It explores the relationship of Arendt's thought, mostly as expressed in On Violence (1969), to Fanon's The Wretched of the Earth (1961) and the transposition of that relationship to the contemporary phenomenon of violent Islamic extremism. The book reveals a greater commonality between Fanon and Arendt as well as the universal function of jihadism that satisfies the conditions for political violence, as categorized by Fanon in the global south and Arendt in the global north. Read in tandem, Arendt and Fanon help uncover the fundamental problems of our European, American, Middle Eastern and African political systems as well as north-south relations. By studying political theory, the book finds global political commonalities in a postcolonial reality.

Written in an accessible style, this book will be of great interest to undergraduates and graduates in philosophy, political sciences and international relations (IR), sociology and Middle Eastern studies as well as scholars and professionals interested in radicalization; violent extremism; and the foreign policies of European, Middle Eastern and African countries.

» Have you read this book? We'd like to know what you think about it - write a review about Arendt, Fanon and Political Violence in Islam book by Patrycja Sasnal and you'll earn 50c in Boomerang Bucks loyalty dollars (you must be a Boomerang Books Account Holder - it's free to sign up and there are great benefits!)