Description - The Argonauts by Maggie Nelson

An intrepid voyage out to the frontiers of the latest thinking about love, language and family
Maggie Nelson's The Argonauts is a genre-bending memoir, a work of 'autotheory' offering fresh, fierce and timely thinking about desire, identity and the limitations and possibilities of love and language. At its centre is a romance- the story of the author's relationship with the artist Harry Dodge. This story, which includes the author's account of falling in love with Dodge, who is fluidly gendered, as well as her journey to and through a pregnancy, is an intimate portrayal of the complexities and joys of (queer) family making.
Writing in the spirit of public intellectuals such as Susan Sontag and Roland Barthes, Nelson binds her personal experience to a rigorous exploration of what iconic theorists have said about sexuality, gender, and the vexed institutions of marriage and child-rearing. Nelson's insistence on radical individual freedom and the value of caretaking becomes the rallying cry for this thoughtful, unabashed, uncompromising book.

Other Editions - The Argonauts by Maggie Nelson 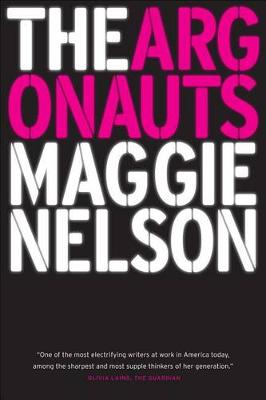 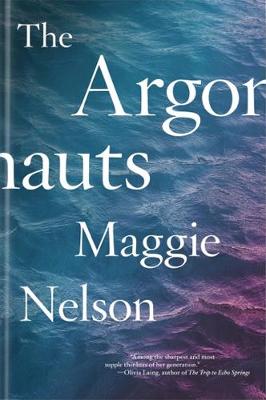 » Have you read this book? We'd like to know what you think about it - write a review about Argonauts book by Maggie Nelson and you'll earn 50c in Boomerang Bucks loyalty dollars (you must be a Boomerang Books Account Holder - it's free to sign up and there are great benefits!)

“In Opie’s nursing self-portrait, she holds and beholds her son Oliver while he nurses, her Pervert scar still visible, albeit ghosted, across her chest. The ghosted scar offers a rebus of sodomitical maternity: the pervert need not die or even go into hiding per se, but nor is adult sexuality foisted upon the child, made its burden”

The Argonauts is the ninth book by American poet, art critic, lyric essayist and nonfiction author, Maggie Nelson. Described as a memoir, it is more of an opinion piece on LGBTQ+ issues, in particular, transgender and queer. It is told in the first person by Nelson, and addressed to her (fluidly-gendered) “husband”, artist, performer and writer Harry Dodge.

Nelson touches on a myriad of topics: gender and identity, motherhood, transgender, queer families, same-sex marriage, writing and death. The opinion pieces contain occasional gems of wisdom, but soon become somewhat preachy, tedious, and boring. Many of the people described have the luxury of indulging in first-world angst, so perhaps this is the intended reader base for this book.

Sometimes the writing is not easily accessible: the concepts are so abstract and high-brow, the sentences so convoluted as to need rereading multiple times; no reader enjoys being made to feel stupid or ignorant. Nelson assumes in the reader familiarity with certain linguists, philosophers, writers, artists, poets, psychoanalysts, and unquestionably a basic knowledge of their works, ideas and concepts would increase the appeal of the book. When she quotes the work of others, her reference appears as a name printed in the margin of the text.

What redeems this work from a lower rating is that Nelson (and sometimes Harry) shares important parts of their lives: their relationship as lovers and their wedding, Harry’s steps towards transgender, Nelson’s relationship with her stepson, Nelson’s stalker, their journey toward parenthood and the birth of their son, Iggy. Harry’s account of his mother’s passing is quite moving.

Maggie Nelson is a poet, a critic, and the author of several nonfiction books, including The Red Parts, The Art of Cruelty: A Reckoning, Bluets, and Jane: A Murder. She teaches in the School of Critical Studies at CalArts and lives in Los Angeles, California.