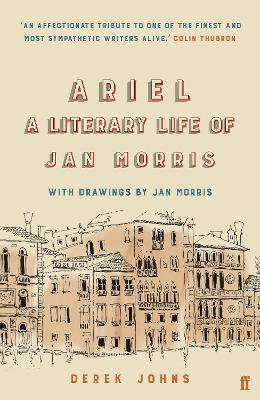 Jan Morris is one of the great British writers of the post-war era. Soldier, journalist, writer about places (rather than 'travel writer'), elegist of the British Empire, novelist, she has fashioned a distinctive prose style that is elegant, fastidious, supple, and sometimes gloriously gaudy. For many readers she is best known for her candid memoir Conundrum, which described the gender reassignment operation she underwent in 1972.

But as Ariel demonstrates, this is just one of the many remarkable facts about her life. As James Morris she was the journalist who brought back the story of the conquest of Everest in 1953 and who discovered incontrovertible evidence of British involvement in the Suez Crisis of 1956. She has been described by Rebecca West as the finest prose stylist of her time, and her essays span the entire urban world. Her many books include a classic on Venice, a 1,600 page history of the British Empire, and a homage to what is perhaps her favourite city, Trieste. Her writings on Wales represent the most thorough literary investigation of that mysterious land.

Derek Johns was Jan Morris's literary agent for twenty years. Ariel is not a conventional biography, but rather an appreciation of the work and life of someone who besides being a delightful writer is known to many people as a generous, affectionate, witty and irreverent friend. It was published to coincide with her 90th birthday.

Other Editions - Ariel by Derek Johns 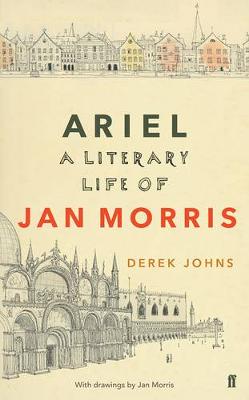 » Have you read this book? We'd like to know what you think about it - write a review about Ariel book by Derek Johns and you'll earn 50c in Boomerang Bucks loyalty dollars (you must be a Boomerang Books Account Holder - it's free to sign up and there are great benefits!)

Derek Johns has been a bookseller, editor, publisher and literary agent. He is a former trustee of English PEN and a member of the Advisory Committee of the Man Booker Prize for Fiction. His novel The Billy Palmer Chronicles was published in 2010. He lives in London.

A Preview for this title is currently not available.
More Books By Derek Johns
View All