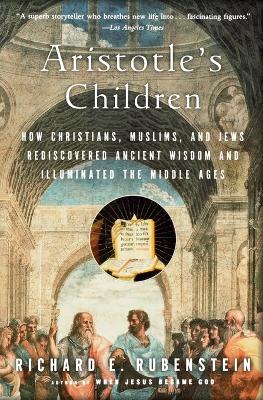 Europe was in the long slumber of the Middle Ages, the Roman Empire was in tatters, and the Greek language was all but forgotten, until a group of twelfth-century scholars rediscovered and translated the works of Aristotle. His ideas spread like wildfire across Europe, offering the scientific view that the natural world, including the soul of man, was a proper subject of study. The rediscovery of these ancient ideas sparked riots and heresy trials, caused major upheavals in the Catholic Church, and also set the stage for today's rift between reason and religion.

In Aristotle's Children, Richard Rubenstein transports us back in history, rendering the controversies of the Middle Ages lively and accessible-and allowing us to understand the philosophical ideas that are fundamental to modern thought.

» Have you read this book? We'd like to know what you think about it - write a review about Aristotle's Children book by Richard E. Rubenstein and you'll earn 50c in Boomerang Bucks loyalty dollars (you must be a Boomerang Books Account Holder - it's free to sign up and there are great benefits!)


A Preview for this title is currently not available.
More Books By Richard E. Rubenstein
View All