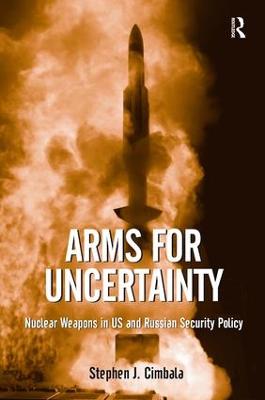 Nuclear weapons are here to stay. They have survived into the twenty-first century as instruments of influence for the US, Russia, and other major military powers. But, unlike the Cold War era, future nuclear forces will be developed and deployed within a digital-driven world of enhanced conventional weapons. As such, established nuclear powers will have smaller numbers of nuclear weapons for the purpose of deterrence working in parallel with smarter conventional weapons and elite military personnel. The challenge is to agree proportional reductions in nuclear inventories or abstinence requiring an effective nonproliferation regime to contain aspiring or threshold nuclear weapons states. This is the most comprehensive view of nuclear weapons policy and strategy currently available. The author's division of the nuclear issue into the three ages is a never seen before analytical construct. With President Obama reelected, the reduction and even elimination of nuclear weapons will now rise to the top of the agenda once more. Moreover, given the likelihood of reductions in US defense spending, the subject of the triad, which is covered in Chapter One, will no doubt be an important subject of debate, as will the issue of missile defense, covered in Chapter 10. This book provides an excellent analysis of the spread of nuclear weapons in Asia and the Middle East and the potential dangers of a North Korean or Iranian breakout, subjects that dominate current policy debates.

Other Editions - Arms for Uncertainty by Stephen J. Cimbala 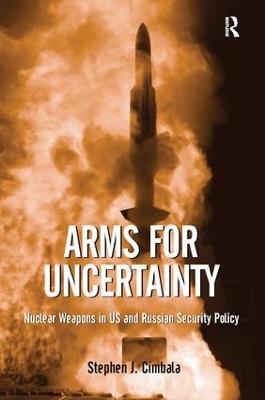 » Have you read this book? We'd like to know what you think about it - write a review about Arms for Uncertainty book by Stephen J. Cimbala and you'll earn 50c in Boomerang Bucks loyalty dollars (you must be a Boomerang Books Account Holder - it's free to sign up and there are great benefits!)