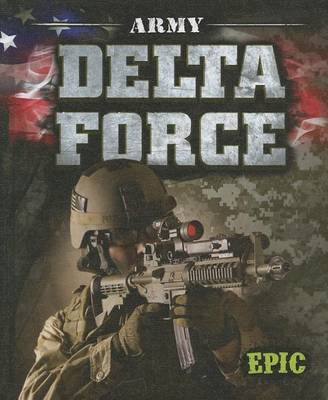 Delta Force is the most elite force in the United States Army. It specializes in covert operations, often undercover deep in enemy territory. Only the best in the Army can serve in Delta Force. Readers will learn about the weapons, equipment, and training used to succeed in some of the most dangerous missions imaginable.

» Have you read this book? We'd like to know what you think about it - write a review about Army Delta Force book by Nick Gordon and you'll earn 50c in Boomerang Bucks loyalty dollars (you must be a Boomerang Books Account Holder - it's free to sign up and there are great benefits!)


A Preview for this title is currently not available.
More Books By Nick Gordon
View All