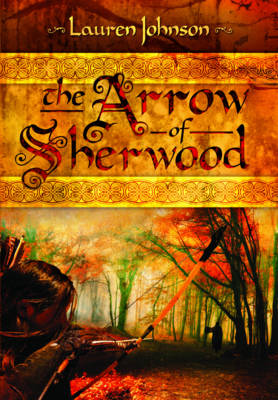 The Arrow of Sherwood

Description - The Arrow of Sherwood by Lauren Johnson

1193. A Crusader returns from the Holy Land to his home in Nottinghamshire, where he is known as a murderer and outlaw. His name is Robin of Locksley. After a youth spent with lowborn friends Robin is determined to settle into the role his father wanted for him: a lord dispensing justice to the county. But a false rumour of his death in the East has stolen Robin's lands from him, and the country he left only four years before is now crippled by taxation and struggling to maintain the King's law. It seems Robin must choose between his desire to regain his lost inheritance and his intention to help the commons beneath his lordship. In this vividly imagined and carefully researched recreation of the era of King Richard 'the Lionheart' England is torn between the landowning Norman lords and their English subjects, and it soon becomes clear to Robin that more can be accomplished outside the law than within it... SELLING POINTS: Evoking a period with particular contemporary appeal, this novel draws together the various known facts from the era, combining them with unique imaginative flair to recreate a vivid impression of King Richard The Lionheart's England Robin Hood, the ever popular figure of English myth and folklore, is brought to life revived for a new generation of readers and enthusiasts enamoured by this dynamic character and the times in which he lived

Book Reviews - The Arrow of Sherwood by Lauren Johnson

» Have you read this book? We'd like to know what you think about it - write a review about Arrow of Sherwood book by Lauren Johnson and you'll earn 50c in Boomerang Bucks loyalty dollars (you must be a Boomerang Books Account Holder - it's free to sign up and there are great benefits!)

Writing and telling stories has been Lauren's passion since she was a child. Since graduating in History from Oxford University she has pursued her interest in story-telling in her role as Research Manager for a historical interpretation company based at heritage sites including Hampton Court Palace, Dover Castle and the Tower of London. There, she had plenty of practice at immersing visitors in a living historical world - a skill she has now brought to the world of historical fiction in her first novel.

A Preview for this title is currently not available.
More Books By Lauren Johnson
View All