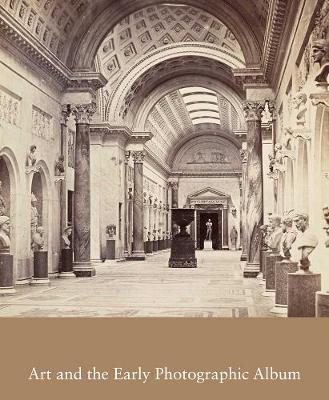 Art and the Early Photographic Album

Description - Art and the Early Photographic Album by Stephen Bann

One of the most prized categories of early photography was the reproduction of artworks, a role in which photographs largely replaced engravings in book imagery during the mid-19th century. Photographs of paintings, sculptures, and other works were compiled in albums, ranging from surveys of museum collections and catalogues of works by single artists to illustrated travel guides and archaeological reports. While such albums have often been valued for documentary purposes, their broader role in the institutional development of art has, until now, been overlooked. The first book on the subject, this collection of twelve essays explores topics such as how the acclaim of artists like Rubens grew because their paintings reproduced so well in photographs, how Michelangelo's Sistine Chapel frescoes were given a new public identity by the photographer's choice of striking details never explored in traditional prints, and other important ways in which photographically illustrated publications influenced the experience and the history of art.]]>

» Have you read this book? We'd like to know what you think about it - write a review about Art and the Early Photographic Album book by Stephen Bann and you'll earn 50c in Boomerang Bucks loyalty dollars (you must be a Boomerang Books Account Holder - it's free to sign up and there are great benefits!)

Stephen Bann is Emeritus Professor of History of Art and Senior Research Fellow at the University of Bristol in the UK.

A Preview for this title is currently not available.
More Books By Stephen Bann
View All

Interlacing Words and Things - Bridging the Nature-Culture Opposition in Gardens and Landscape
$62.06 $68.95