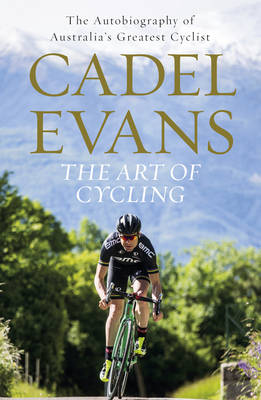 The Art of Cycling

Description - The Art of Cycling by Cadel Evans

The autobiography of a cycling legend.

On the afternoon of Sunday, the first of February 2015, Cadel Evans crossed the finish line in the first-ever race of the event that would immortalise his name: the Cadel Evans Great Ocean Road Race. At that moment, an extraordinary cycling career, spanning 20 years and more than 750 professional races, came to a close.

Now, looking back on his journey, Cadel Evans tells his story of the races and moments that mattered, taking you with him as he places in the top ten in six Tours de France and becomes Australia's first and only Tour de France champion; as he wins the Mountain Bike World Cup twice and Australia's first and only UCI Road World Championship; as he claims the points jersey in the Giro d'Italia; and as he wins a succession of other great races, including the Tour of Austria (twice), Tour de Romandie (twice), Settimana Internazionale Coppi e Bartali, Tirreno-Adriatico, Fleche Wallonne, Criterium International and Giro del Trentino.

Ranging from the dirt tracks of his early 1990s mountain-biking days to the Tour de France's famous podium in 2011 and beyond, The Art of Cycling is a tale of potential realised and ambition fulfilled. It's also the inspiring story of a young boy from the Australian bush, whose focus, talent and dedication conquered the elite world of international cycling in an era when few Australians competed, let alone won. Famous in the sport for his meticulous preparation and as an athlete who prided
himself on his ability to give his all, Evans writes with forensic detail about the triumphs, the frustrations, the training, the preparation, the psychology of the sport, his contemporaries, the legends, the controversies and, above all, his enduring love of cycling.

Other Editions - The Art of Cycling by Cadel Evans 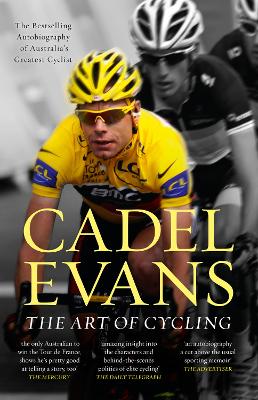 Book Reviews - The Art of Cycling by Cadel Evans

» Have you read this book? We'd like to know what you think about it - write a review about Art of Cycling book by Cadel Evans and you'll earn 50c in Boomerang Bucks loyalty dollars (you must be a Boomerang Books Account Holder - it's free to sign up and there are great benefits!)