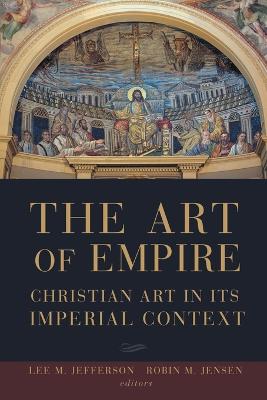 The Art of Empire

Christian Art in its Imperial Context

Description - The Art of Empire by Lee M. Jefferson

In recent years, art historians such as Johannes Deckers (Picturing the Bible, 2009) have argued for a significant transition in fourth- and fifth-century images of Jesus following the conversion of Constantine. Broadly speaking, they perceive the image of a peaceful, benevolent shepherd transformed into a powerful, enthroned Jesus, mimicking and mirroring the dominance and authority of the emperor. The powers of church and state are thus conveniently synthesized in such a potent image. This deeply rooted position assumes that ante-pacem images of Jesus were uniformly humble while post-Constantinian images exuded the grandeur of power and glory. The Art of Empire contends that the art and imagery of Late Antiquity merits a more nuanced understanding of the context of the imperial period before and after Constantine. The chapters in this collection each treat an aspect of the relationship between early Christian art and the rituals, practices, or imagery of the Empire, and offer a new and fresh perspective on the development of Christian art in its imperial background.

Book Reviews - The Art of Empire by Lee M. Jefferson

» Have you read this book? We'd like to know what you think about it - write a review about Art of Empire book by Lee M. Jefferson and you'll earn 50c in Boomerang Bucks loyalty dollars (you must be a Boomerang Books Account Holder - it's free to sign up and there are great benefits!)

Lee M. Jefferson is assistant professor of religion at Centre College in Danville, Kentucky. He is author of Christ the Miracle Worker in Early Christian Art and various journal articles on Christian art. Robin M. Jensen is the Patrick O'Brien Professor of Theology at the University of Notre Dame.