The Art of Happiness

A handbook for living

Description - The Art of Happiness by The Dalai Lama

The world's greatest spiritual leader teams up with a psychiatrist to share, for the first time, how he achieved his hard-won serenity and how we can find the same inner peace.Through meditations, stories, and the meeting of Buddhism and psychology, the Dalai Lama shows us how to defeat day-to-day depression, anxiety, anger, jealousy, or just an ordinary bad mood. He discusses relationships, health, family and work to illustrate how to ride through life's obstacles on a deep and abiding source of inner peace. Based on 2,500 years of Buddhist mediations and a healthy dose of common sense, THE ART OF HAPPINESS is a book that crosses the boundaries of traditions to help readers with a difficulties common to all human beings.

Buy The Art of Happiness by The Dalai Lama from Australia's Online Independent Bookstore, Boomerang Books.

Other Editions - The Art of Happiness by The Dalai Lama 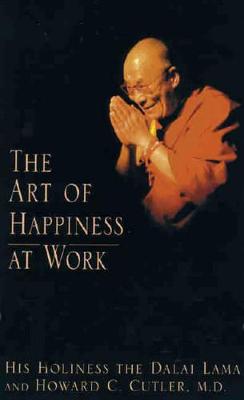 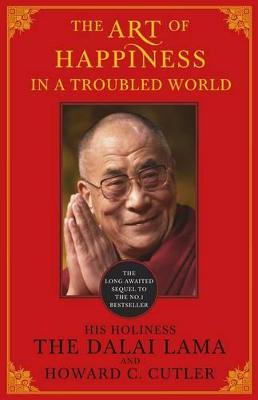 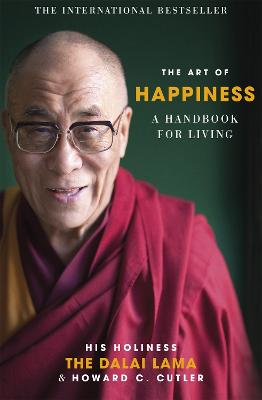 Book Reviews - The Art of Happiness by The Dalai Lama

» Have you read this book? We'd like to know what you think about it - write a review about Art of Happiness book by The Dalai Lama and you'll earn 50c in Boomerang Bucks loyalty dollars (you must be a Boomerang Books Account Holder - it's free to sign up and there are great benefits!)

'The Art of Happiness' is easily one of my favourite books. The book provides a great introduction to the ideals and insights of the Dalai Lama and a window into the world of Buddhism. Although just as the Dalai Lama mentions in his book, he is not trying to convert anyone to Buddhism or influence their religious beliefs, but rather suggest steps you may take in order to achieve happiness. It is a fantastic read and is easily read leisurely over a few weekends and afterwards you will feel all the better for having read it. I highly recommend it!

DALAI LAMA: Born in 1935 into a farming family in northeastern Tibet, the Fourteenth Dalai Lama was recognised early in his life as a reincarnation of the thirteenth Dalai Lama. By age four, he was enthroned in Lhasa. During the 1950s, the political stability of Tibet was threatened when China s People s Liberation Army entered the country and established a military presence. Increased tensions put the life of the Fourteenth Dalai Lama in danger, and in 1959, he fled the country at night to Dharamsala, India, where he established the Tibetan government in exile. HOWARD CUTLER, M.D. is an author, speaker, and pyschiatrist. He is a diplomat of The American Board of Psychiatry and Neurology, and is on the editorial board of The American Journal of Psychotherapy. Dr. Cutler's field of special interest is the science of human happiness, and he currently lectures and offers workshops on this topic in cities throughout the U.S. He met the Dalai Lama in 1982 while visiting India on a research grant to study Tibetan Medicine, and has spent many years discussing the subject of this book.

A Preview for this title is currently not available.
More Books By The Dalai Lama
View All

Where Buddhism Meets Neuroscience: Conversations with the Dalai Lama on the Spiritual and Scientific Views of Our Minds
$25.19 $27.99