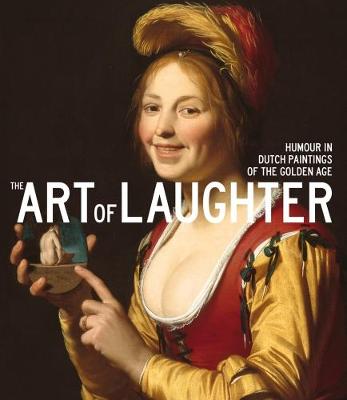 The Art of Laughter

Humour in Dutch Paintings of the Golden Age

Description - The Art of Laughter by Anna Tummers

Frans Hals is often called 'the master of the laugh'. More than any other painter in the Golden Age he was able to bring a vitality to his portraits that made it appear as if his models could just step out of the past into the present. Hals was one of the few painters in the seventeenth century who dared portray his figures - often common folk - with a hearty laugh and bared teeth. Merriment and jokes are prominent features in his genre paintings; artists in the Golden Age frequently used it in their work. Now - centuries later - the visual jokes are harder to fathom. A great deal of new research into the field has been carried out, particularly in the last twenty years, and we are beginning to get an idea of the full extent of seventeenth-century humour. SELLING POINTS: The Art of Laughter: Humour in Dutch Paintings of the Golden Age presents the first ever overview of humour in seventeenth-century painting Contains 60 masterpieces from painters such as Rembrandt, Frans Hals, Jan Steen, Gerrit van Honthorst and Judith Leyster 130 colour, 25 b/w images

Book Reviews - The Art of Laughter by Anna Tummers

» Have you read this book? We'd like to know what you think about it - write a review about Art of Laughter book by Anna Tummers and you'll earn 50c in Boomerang Bucks loyalty dollars (you must be a Boomerang Books Account Holder - it's free to sign up and there are great benefits!)


A Preview for this title is currently not available.
More Books By Anna Tummers
View All