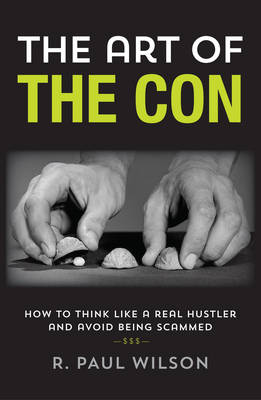 How to Think Like a Real Hustler and Avoid Being Scammed

Description - The Art of the Con by R. Paul Wilson

A sucker is still born every minute. In this modern and interconnected world, con-men are lurking everywhere - it's never been easier for them to dupe us, take from us, and infiltrate our lives. One of the world's leading and celebrated experts on con-games takes the reader through the history of cons, how they've been updated to the modern age, how they work, how to spot them, and how to protect yourself from being the victim of one.R. Paul Wilson is a con-man who works for the other side - our side. He has spent a lifetime learning, performing, studying, and teaching about the ins and outs of the con world in order to open up our eyes to the dangers lurking about us - and to show us how not to get taken. Paul has never made a living as a con-man, profiting off of marks - he has used his expertise throughout his life to help people avoid cons.In this fascinating book, Paul takes the reader through the history and developments of the con game, what elements from the past are based on basic human psychology and have stood the test of time, what has been updated for the modern era and how it's getting used in the computer age, the structure of how these cons work, and - most importantly - how to recognize one, protect yourself and your loved ones, and avoid becoming just another sucker.

Other Editions - The Art of the Con by R. Paul Wilson 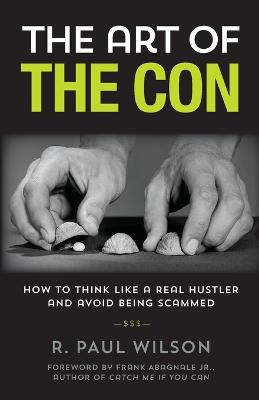 Book Reviews - The Art of the Con by R. Paul Wilson

» Have you read this book? We'd like to know what you think about it - write a review about Art of the Con book by R. Paul Wilson and you'll earn 50c in Boomerang Bucks loyalty dollars (you must be a Boomerang Books Account Holder - it's free to sign up and there are great benefits!)

Part investigator and part performer, R. Paul Wilson is the world's foremost expert on cons and scams. His hit TV show, "The Real Hustle," has run for eleven seasons on the BBC and been syndicated in over forty five countries. The show is studied by universities and law enforcement agencies to understand confidence games.Paul was born in Cyprus in 1969, raised in Singapore, and moved to Scotland in 1977. Since the age of eight he has studied con games, conjuring and cheating. After college, Paul was recruited by the British Army Intelligence Corps, where he served before being injured and returning to civilian life. He went on to spend ten years as a computer consultant before becoming a professional performer and speaker for clients around the world.In 2002 Paul moved into film and television as a writer, director and producer. By 2004 he found himself in front of the camera, exposing con games by performing them for real. In 2012, he presented his unique one-man show "Lie. Cheat. Steal. Confessions of a Real Hustler" at the famed Edinburgh Fringe Festival.Paul has written and starred in eleven seasons of "The Real Hustle," created and starred in "The Takedown" for Court TV and created, produced, and starred in Scammed for the History Channel. He has also directed, consulted, and acted in films and TV shows, working with many A-list actors including Sylvester Stallone, Jamie Foxx, Gabriel Byrne, and Jeremy Piven, among others. He has contributed articles to newspapers and reported for the BBC's "Watchdog" and "Crimewatch."

A Preview for this title is currently not available.
More Books By R. Paul Wilson
View All