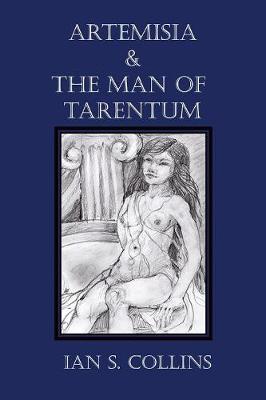 Artemisia & the Man of Tarentum

Description - Artemisia & the Man of Tarentum by Ian S. Collins

This book is about an interesting period in history, the rise of the Roman Republic, and their war with the famous warrior Pyrrhus.

The principal character is a young man called Lysias, who came from the Greek city of Tarentum, in the south of Italy. His father sent him off to medical school in Rome to become a doctor. When he is quite young, he meets a young lady called Artemisia, with whom he has some interesting experiences. She turns up from time to time in the story, and their lives become closely linked.

His city of Tarentum had ambitions far exceeding its strength, and it became involved in a quarrel with Rome. The Tarentines realized their weakness, and sought help from Pyrrhus, King of Epirus on the Greek mainland, and a famous warrior. Lysias joins Pyrrhus as a doctor on his staff, and as an assistant to Pyrrhus's minister Cineas In this capacity he is an eyewitness to many historical events.

Ultimately, he leaves Pyrrhus, and begins a new career as an academic at the Museum at Alexandria, under the enlightened monarch Ptolemy Philadelphus. Here he meets many famous men. The group to which he is attached is interested in human physiology and comes close to discovering the mystery of the circulation.

Lysias is fictional. He is portrayed as a straightforward young man, who likes girls, and this gets him into trouble sometimes, but who is honest and faithful and who is not stupid. The major characters, and the various military events, are historical. The author has described the characteristics of the Roman republic of the period, its patriotism and the qualities of gravitas.

» Have you read this book? We'd like to know what you think about it - write a review about Artemisia & the Man of Tarentum book by Ian S. Collins and you'll earn 50c in Boomerang Bucks loyalty dollars (you must be a Boomerang Books Account Holder - it's free to sign up and there are great benefits!)