The gripping story of the sensational, real-life case in which Sir Arthur Conan Doyle found himself playing detective - based on Julian Barnes's Booker Prize-nominated novel.

In 1903, Birmingham solicitor George Edalji was found guilty of a terrible crime and sentenced to seven years' imprisonment. Desperate to prove his innocence, he recruited Sir Arthur Conan Doyle, creator of Sherlock Holmes, to help solve his mysterious case and win him a pardon.

As absorbing as any Sherlock Holmes mystery, Arthur & George also raises many questions about guilt and innocence, identity, nationality and race.

This stage adaptation of Arthur & George, by acclaimed playwright David Edgar, was first performed at Birmingham Rep and Nottingham Playhouse in 2010.

'That the creator of Sherlock Holmes should turn sleuth himself is a life-mirroring-art marvel that continues to fascinate more than 100 years on. David Edgar has distilled 500 pages into two-and-a-half hours of theatre - involving you in the whodunnit aspect of the case while serving the finer intellectual textures of the novel' - Daily Telegraph 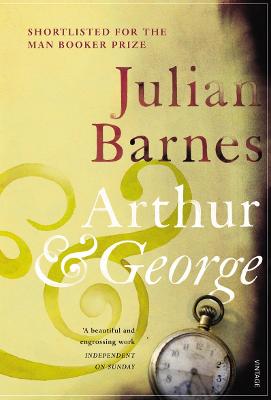 » Have you read this book? We'd like to know what you think about it - write a review about Arthur & George book by Julian Barnes and you'll earn 50c in Boomerang Bucks loyalty dollars (you must be a Boomerang Books Account Holder - it's free to sign up and there are great benefits!)

DAVID EDGAR is best known for his adaptation of Nicholas Nickleby for the RSC, for whom he also wrote Destiny, Maydays, Dr Jekyll and Mr Hyde, Pentecost and The Prisoner's Dilemma. His plays at the National include The Shape of the Table, Entertaining Strangers with Judi Dench, Albert Speer and Playing with Fire. His two most recent are Testing the Echo, which toured the UK in 2008, and A Time to Keep, a community play for Dorchester. His book How Plays Work was published by NHB in 2009. He lives in Birmingham.