No one believed that he could make it there and back again alive, so when a boy sets out to hike across the sea bed at low tide to an island not too far offshore, he is determined to prove a point. A short doze in the sunshine on the island and a fast-moving fog, however, leaves him in dire straits. Trapped on a sandbank, he fears for his life as the sea closes in all around him. He is a strong swimmer, but the sea current is certain to drag him down into its depths. The last thing that he remembers in the cold, dark water is hoping that Heaven will be warm, dry and bright. Then he awakens in a bed covered with animal skins, a roaring fire burning in a grate that is framed by walls of stone. He is in a grand hall and sitting by the fire is an old man with his dog. The old man is the legendary warrior King Arthur, and as he recovers by the fire, the boy hears the most magnificent stories of heroic knights and deeds of great chivalry, but also bewitchment, evil and betrayal at the king's court in Camelot. Michael Morpurgo's captivating and imaginative retelling of the story of King Arthur and his Knights of the Round Table is accompanied by the stunning illustrations created by Michael Foreman. Together they succeed in presenting the well-known legends in a way that is both captivating to read and a delight to the eye. AGES: 8 plus AUTHOR: Michael Morpurgo is one of Britain's best-loved writers for children. He has written over 100 books and won many prizes, including the J M Barrie Award, the Smarties Prize, the Blue Peter Book Award and the Whitbread Award. His recent bestselling novels include Listen to the Moon, A Medal for Leroy and Shadow. His novel War Horse has been successfully adapted as a West End and Broadway theatre play and a major film by Steven Spielberg. A former Children's Laureate, Michael is also the co-founder, with his wife Clare, of the charity Farms for City Children.

Other Editions - Arthur, High King of Britain by Michael Morpurgo 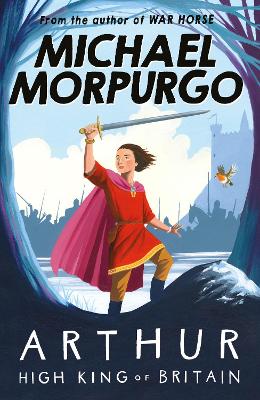 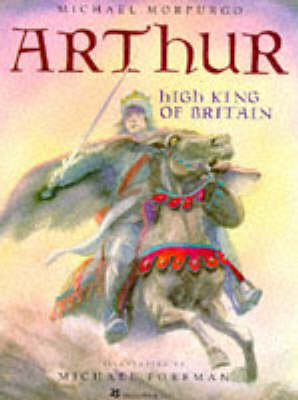 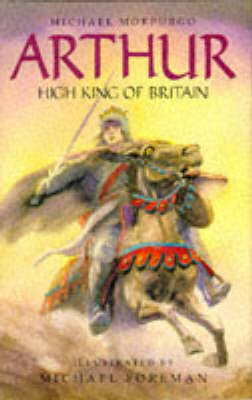 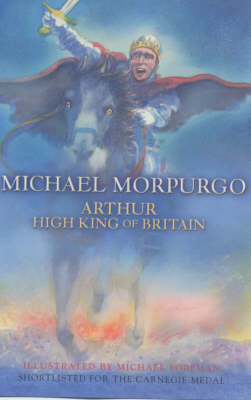 » Have you read this book? We'd like to know what you think about it - write a review about Arthur, High King of Britain book by Michael Morpurgo and you'll earn 50c in Boomerang Bucks loyalty dollars (you must be a Boomerang Books Account Holder - it's free to sign up and there are great benefits!)

Michael Morpurgo, OBE, is one of Britain's best-loved writers for children. He has written over 100 books and won many prizes, including the Smarties Prize, the Blue Peter Book Award and the Whitbread Award. Michael Foreman's numerous books for children have earned him widespread recognition as one of the world's best-loved illustrators. He has worked on a vast range of children's books, and has collaborated with many great authors including Michael Morpurgo and Terry Jones.