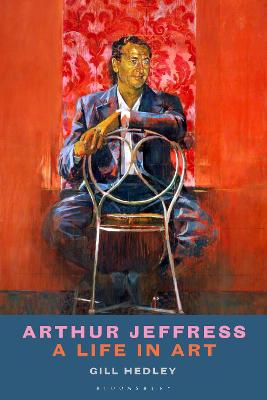 Arthur Jeffress: A Life in Art

Description - Arthur Jeffress: A Life in Art by Gill Hedley

Arthur Jeffress was an art dealer and collector from a Virginian family who bequeathed his "subversive little collection" (Derek Hill) to Tate and Southampton City Art Gallery on his suicide in 1961. That suicide, a result of his expulsion from Venice, has been the subject of speculation in many memoirs.

Gill Hedley's biography of Jeffress has benefited from access to many hundreds of unpublished letters written between Jeffress and Robert Melville, who ran Jeffress' own gallery from 1955-1961. The letters were written largely while Jeffress was in Venice and reveal a vivid picture of the London gallery world as well as frank details of artists, collectors and the definitive story of his suicide.

Previously unpublished research reveals new information about the lives of Jeffress' lover John Deakin, his business partner Erica Brausen, the French photographer Andre Ostier and Henry Clifford, and the way in which all of them influenced Jeffress' first steps as a collector from the 1930s onwards.

» Have you read this book? We'd like to know what you think about it - write a review about Arthur Jeffress: A Life in Art book by Gill Hedley and you'll earn 50c in Boomerang Bucks loyalty dollars (you must be a Boomerang Books Account Holder - it's free to sign up and there are great benefits!)