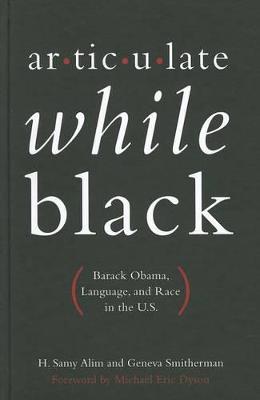 Barack Obama, Language, and Race in the U.S

Barack Obama is widely considered one of the most powerful and charismatic speakers of our age. Without missing a beat, he often moves between Washington insider talk and culturally Black ways of speaking--as shown in a famous YouTube clip, where Obama declined the change offered to him by a Black cashier in a Washington, D.C. restaurant with the phrase, "Nah, we straight."In Articulate While Black, two renowned scholars of Black
Language address language and racial politics in the U.S. through an insightful examination of President Barack Obama's language use--and America's response to it. In this eloquently written and powerfully argued
book, H. Samy Alim and Geneva Smitherman provide new insights about President Obama and the relationship between language and race in contemporary society. Throughout, they analyze several racially loaded, cultural-linguistic controversies involving the President--from his use of Black Language and his "articulateness" to his "Race Speech," the so-called "fist-bump," and his relationship to Hip Hop Culture. Using their analysis of Barack Obama as a point of departure, Alim
and Smitherman reveal how major debates about language, race, and educational inequality erupt into moments of racial crisis in America. In challenging American ideas about language, race, education,
and power, they help take the national dialogue on race to the next level. In much the same way that Cornel West revealed nearly two decades ago that "race matters," Alim and Smitherman in this groundbreaking book show how deeply "language matters" to the national conversation on race--and in our daily lives.

Other Editions - Articulate While Black by H. Samy Alim 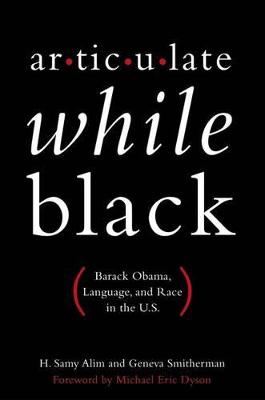 » Have you read this book? We'd like to know what you think about it - write a review about Articulate While Black book by H. Samy Alim and you'll earn 50c in Boomerang Bucks loyalty dollars (you must be a Boomerang Books Account Holder - it's free to sign up and there are great benefits!)

H. Samy Alim is Associate Professor of Education and (by courtesy) Anthropology and Linguistics at Stanford University, where he directs the Center for Race, Ethnicity, and Language (CREAL) and the Institute for Diversity in the Arts (IDA). Some of his most recent books include You Know My Steez, Roc the Mic Right, Talkin Black Talk, and Global Linguistic Flows. Geneva Smitherman is University Distinguished Professor Emerita of English, Co-Founder and Core Faculty, African American and African Studies, and Core Faculty, African Studies Center, at Michigan State University. A linguist and educational activist, she has been at the forefront of the struggle for language rights for over 30 years. She is the author of several books, among them Talkin and Testifyin, Black Talk, Talkin That Talk, and Word from the Mother.

A Preview for this title is currently not available.
More Books By H. Samy Alim
View All