'Oliver Harris's Ascension is a stunner. What a pleasure it is to read a book with a powerful story, an unusual and fully realised setting, a convincing hero, all written in a style of luminous clarity' Philip PullmanAscension: the most remote island in the world . . . Elliot Kane, former spy, trying to leave the world of espionage behind. Kathryn Taylor: a stalled career in MI6, running the South Atlantic desk. Rory Bannatyne: covert technical specialist. Dead, apparently of suicide. Three friends from a mission many years ago reconnect when one of them dies on Ascension Island. Rory Bannatyne had been tasked with tapping a new transatlantic data cable, but a day before he was due to return home he is found hanged. When Kathryn Taylor begs Kane to go over and investigate, he can't say no, but it's an uneasy reintroduction to the intelligence game. Ascension is a curious legacy of England's imperial past. Only employees and their families are allowed to live there. It's home to several highly-classified government projects, a British and American military base, and forty dead volcanic cones. Entirely isolated from the world, the disappearance of a young girl at the same time as Rory's death means local tensions are high. Elliot needs to discover what happened to her as well as to Rory. But the island contains more secrets than even the government knows, and it's not going to give them up without a fight.

Other Editions - Ascension by Oliver Harris 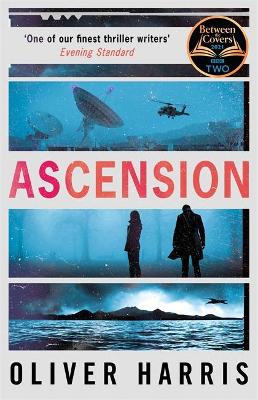 » Have you read this book? We'd like to know what you think about it - write a review about Ascension book by Oliver Harris and you'll earn 50c in Boomerang Bucks loyalty dollars (you must be a Boomerang Books Account Holder - it's free to sign up and there are great benefits!)


A Preview for this title is currently not available.
More Books By Oliver Harris
View All

Assembling Past Worlds: Materials, Bodies and Architecture in Neolithic Britain
$249.48 $252.00