The Assassination of John F. Kennedy

Description - The Assassination of John F. Kennedy by Terry Collins

22 November 1963 began as a good day for President John F. Kennedy. From the time he got off the plane at Love Field, he was pleasantly surprised to see the thousands of admirers who awaited the arrival of Air Force One at Love. As the motorcade travelled from Love Field into the city, people lined the streets to catch a glimpse of the popular president and his beautiful and stylish wife. However, a national tragedy would unfold within an hour. This graphic non-fiction book tells the story of this terrible day.

Other Editions - The Assassination of John F. Kennedy by Terry Collins 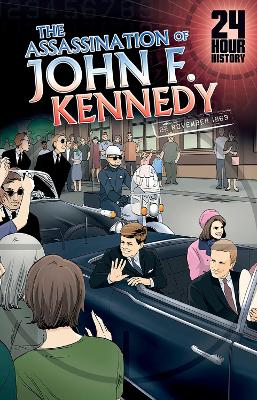 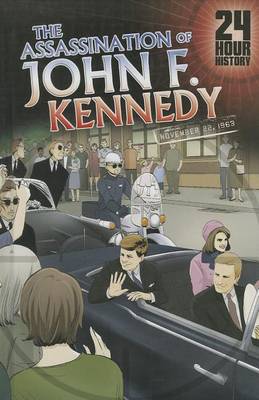 » Have you read this book? We'd like to know what you think about it - write a review about Assassination of John F. Kennedy book by Terry Collins and you'll earn 50c in Boomerang Bucks loyalty dollars (you must be a Boomerang Books Account Holder - it's free to sign up and there are great benefits!)

Terry Collins always knew he wanted to be a writer when he grew up. A former award-winning newspaper reporter and columnist, he now writes poetry, fiction, nonfiction, and graphic novels for readers of all ages. He also teaches literature and creative writing, helping to inspire other lovers of the written word. Terry lives in his hometown in North Carolina with his wife, Ginny, and their devoted dog, Bosley. A lifelong reader, he has a personal library that outgrew his house years ago. Despite his wife's gentle protests over a lack of space, he believes a person can never own too many books.

A Preview for this title is currently not available.
More Books By Terry Collins
View All