The Assault on Reason

Description - The Assault on Reason by Al Gore

Now with a New Preface and Conclusion: 'Post-Truth: On Donald Trump and the 2016 Election'


The United States of America is in the midst of a deepening crisis for their democracy. After the strangest election cycle in modern American history it is important that the grave threats to the American way of life that were glaringly revealed in this campaign are addressed. In The Assault on Reason, Nobel Peace Prize winner and former Vice President Al Gore examines how faith in the power of reason - the idea that citizens can govern themselves through rational debate - is in peril. Democracy depends on a well-informed citizenry and a two-way conversation about ideas, but the public sphere has been degraded by fake news and the politics of fear, partisanship and blind faith.
Now updated to investigate the rise of Trump and post-truth politics, The Assault on Reason is a farsighted and powerful manifesto for clear thinking, crucial if the vitality of democracy is to be rebuilt and good decisions made once more.

Other Editions - The Assault on Reason by Al Gore 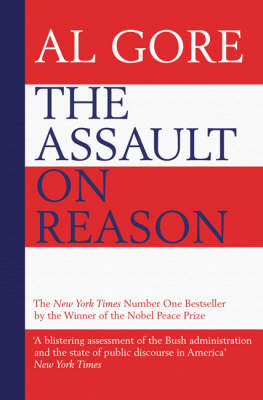 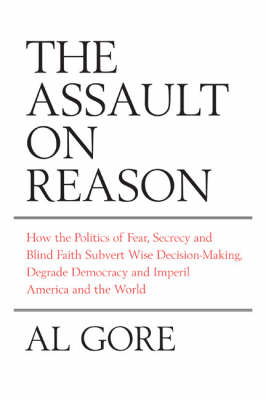 Book Reviews - The Assault on Reason by Al Gore

» Have you read this book? We'd like to know what you think about it - write a review about Assault on Reason book by Al Gore and you'll earn 50c in Boomerang Bucks loyalty dollars (you must be a Boomerang Books Account Holder - it's free to sign up and there are great benefits!)

Former Vice President Al Gore is chairman of Current TV, serves as chairman of Generation Investment Management, is a member of the Board of Directors of Apple Computer, Inc. and a senior advisor to Google, Inc. Gore was elected to the U.S. House of Representatives in 1976, 1978, 1980, and 1982 and the U.S. Senate in 1984 and 1990. He was inaugurated as the forty-fifth Vice President of the United States on January 20, 1993, and served eight years. In 2007, he was awarded the Nobel Peace Prize. He is the author of the bestsellers Earth in the Balance and An Inconvenient Truth. He and his wife, Tipper, live in Nashville, Tennessee. They have four children and three grandchildren.

A Preview for this title is currently not available.
More Books By Al Gore
View All