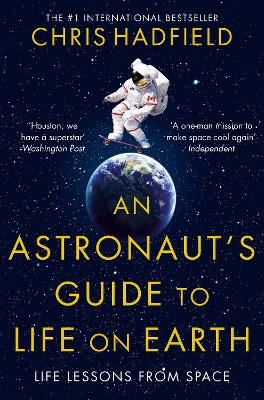 An Astronaut's Guide to Life on Earth

Description - An Astronaut's Guide to Life on Earth by Chris Hadfield

Colonel Chris Hadfield has spent decades training as an astronaut and has logged nearly 4,000 hours in space. During this time he has broken into a Space Station with a Swiss army knife, disposed of a live snake while piloting a plane, been temporarily blinded while clinging to the exterior of an orbiting spacecraft, and become a YouTube sensation with his performance of David Bowie's 'Space Oddity' in space. The secret to Chris Hadfield's success - and survival - is an unconventional philosophy he learned at NASA: prepare for the worst - and enjoy every moment of it. In his book, An Astronaut's Guide to Life on Earth, Chris Hadfield takes readers deep into his years of training and space exploration to show how to make the impossible possible. 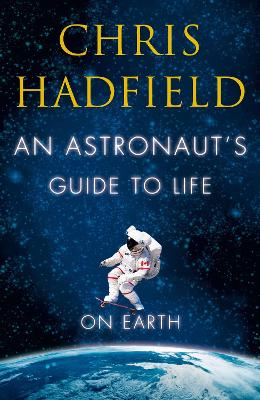 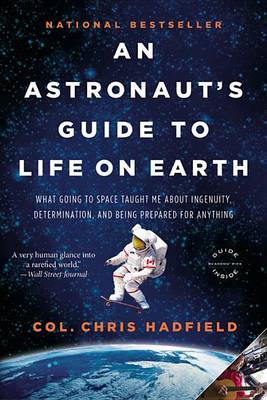 » Have you read this book? We'd like to know what you think about it - write a review about Astronaut's Guide to Life on Earth book by Chris Hadfield and you'll earn 50c in Boomerang Bucks loyalty dollars (you must be a Boomerang Books Account Holder - it's free to sign up and there are great benefits!)

Chris Hadfield is one of the most seasoned and accomplished astronauts in the world. The top graduate of the U.S. Air Force test pilot school in 1988 and U.S. Navy test pilot of the year in 1991, Colonel Hadfield was selected to be an astronaut in 1992. He was CAPCOM for 25 shuttle launches and served as Director of NASA Operations in Star City, Russia from 2001-2003, Chief of Robotics at the Johnson Space Center in Houston from 2003-2006, and Chief of International Space Station Operations from 2006-2008. Hadfield most recently served as Commander of the International Space Station where, while conducting a record-setting number of scientific experiments and overseeing an emergency spacewalk, he gained worldwide acclaim for his breathtaking photographs and educational videos about life in space. His music video, a zero gravity version of David Bowie's Space Oddity received over 10 million views in its first three days online.