A Short History of Private Life

Description - At Home by Bill Bryson

The irresistible book by Bill Bryson which does for the history of the way we live what A Short History of Nearly Everything did for science.

In At Home, Bill Bryson applies the same irrepressible curiosity, irresistible wit, stylish prose and masterful storytelling that made A Short History of Nearly Everything one of the most lauded books of the last decade, and delivers one of the most entertaining and illuminating books ever written about the history of the way we live.

Bill Bryson was struck one day by the thought that we devote a lot more time to studying the battles and wars of history than to considering what history really consists of- centuries of people quietly going about their daily business - eating, sleeping and merely endeavouring to get more comfortable. And that most of the key discoveries for humankind can be found in the very fabric of the houses in which we live.This inspired him to start a journey around his own house, an old rectory in Norfolk, wandering from room to room considering how the ordinary things in life came to be.

Along the way he did a prodigious amount of research on the history of anything and everything, from architecture to electricity, from food preservation to epidemics, from the spice trade to the Eiffel Tower, from crinolines to toilets; and on the brilliant, creative and often eccentric minds behind them. And he discovered that, although there may seem to be nothing as unremarkable as our domestic lives, there is a huge amount of history, interest and excitement - and even a little danger - lurking in the corners of every home.

Other Editions - At Home by Bill Bryson 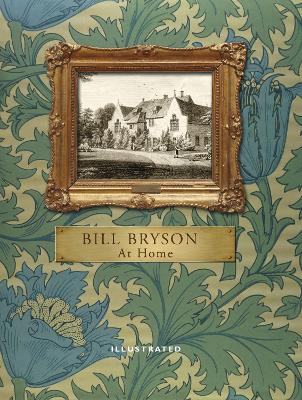 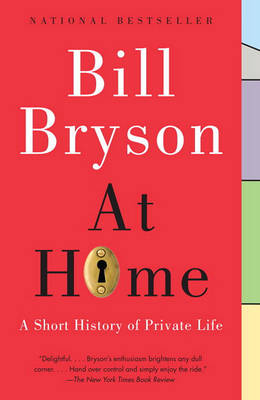 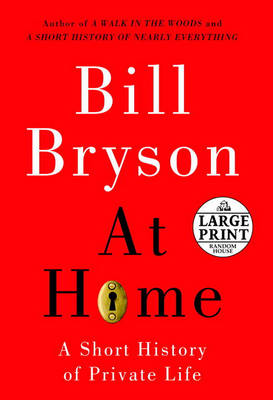 View all editions of At Home by Bill Bryson

» Have you read this book? We'd like to know what you think about it - write a review about At Home book by Bill Bryson and you'll earn 50c in Boomerang Bucks loyalty dollars (you must be a Boomerang Books Account Holder - it's free to sign up and there are great benefits!)

Bill Bryson's bestselling travel books include The Lost Continent and Notes from a Small Island, which in a national poll was voted the book that best represents Britain. Another travel book, A Walk in the Woods, has become a major film starring Robert Redford, Nick Nolte and Emma Thompson. His new number one Sunday Timesbestseller is The Road to Little Dribbling- More Notes from a Small Island. His acclaimed book on the history of science, A Short History of Nearly Everything, won the Royal Society's Aventis Prize as well as the Descartes Prize, the European Union's highest literary award. He has written books on language, on Shakespeare, on history, and on his own childhood in the hilarious memoir The Life and Times of the Thunderbolt Kid. His last critically lauded bestsellers were At Home- a Short History of Private Life, and One Summer- America 1927 Bill Bryson was born in the American Midwest, and now lives in the UK. A former Chancellor of Durham University, he was President of the Campaign to Protect Rural England for five years, and is an Honorary Fellow of the Royal Society.