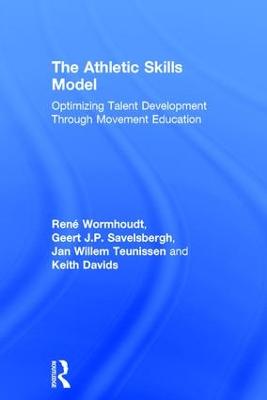 The Athletic Skills Model offers an alternative to dominant talent development theories in the form of holistic broad-based movement education, focusing on health and wellbeing. It places the emphasis on 'physical intelligence' - including attributes such as agility, flexibility and stability - through adaptable and varied training programmes, creating a skilled athlete before introducing sport specialization.

The book sets out the scientific underpinnings of the ASM before going on to offer practical guidance on the content of the programme, how to adapt and vary the programme, and how to apply the approach to different age groups and sports. The ASM's application in the youth development programme at AFC Ajax is explored in depth, before a future of talent development with an emphasis on athletic, rather than sport-specific, expertise is imagined.

The Athletic Skills Model introduces an important and timely challenge to conventional wisdom in talent development and is a fascinating read for any upper-level student or researcher interested in youth development, skill acquisition, motor learning or sports coaching, and any coaches wanting to refresh their approach to talent development.

Other Editions - The Athletic Skills Model by Rene Wormhoudt 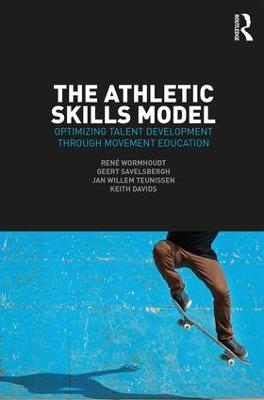 » Have you read this book? We'd like to know what you think about it - write a review about Athletic Skills Model book by Rene Wormhoudt and you'll earn 50c in Boomerang Bucks loyalty dollars (you must be a Boomerang Books Account Holder - it's free to sign up and there are great benefits!)

Rene Wormhoudt is the co-founder of the Athletic Skills Model (ASM), the Athletic Skills Track and Skills Garden, the Netherlands. He has 24 years of experience with youth and professionals at the Amsterdam Football Club Ajax, the Netherlands. During the period 2005-2012 he implemented the ASM vision at the youth academy and between 2003 and 2012 he was also strength and conditioning coach of the first team. Since 2012 he has been the strength and conditioning coach of the Dutch national football team (KNVB), the Netherlands. Geert J.P. Savelsbergh is the Desmond Tutu Chair for Youth, Sport and Reconciliation, Head of the Motor Learning and Performance section at Research Institute, Amsterdam Movement Sciences in the Netherlands, and co-founder of the Athletic Skills Model (ASM). He is Professor for Talent Development at the Applied University of Amsterdam and Scientific Director of the Amsterdam Institute of Sport Science, the Netherlands. He was a Research Fellow of the Royal Netherland Academy of Arts and Sciences and has received an honorary doctorate of the Faculty of Medicine and Health Sciences, University of Ghent, Belgium. Jan Willem Teunissen graduated from Hogeschool van Amsterdam Academy of Physical Education, the Netherlands, in Physical Education and Sports and is a Human Movement Scientist at Vrije Universiteit Amsterdam. He is currently working at HAN University of Applied Sport Sciences, the Netherlands, as a Lecturer/Researcher in Talent Development and Identification. He was previously Head of the Physical Staff at elite football club FC Twente, the Netherlands. In the past he worked at the youth academy of elite football club AFC Ajax, the Netherlands, as a Movement Scientist andPhysical Trainer. Keith Davids is Professor of Motor Learning at the Centre for Sports Engineering Research at Sheffield Hallam University in the UK. He has held positions of academic leadership in the UK (Research Coordinator, Department of Sport and Exercise Science, Manchester Metropolitan University), Finland (Finnish Distinguished Professor), New Zealand (Dean of the School of Physical Education, University of Otago) and Australia (Head of Human Movement Studies, Queensland University of Technology). He has collaborated on applied scientific research projects with external organizations such as the Queensland Academy of Sport, Australia, and national Institutes of Sport in Australia, New Zealand and the UK, as well as TEKES, the Finnish Government Department for Science, Technology and Education, and FCT, the Portuguese Foundation for Science and Technology.

A Preview for this title is currently not available.
More Books By Rene Wormhoudt
View All