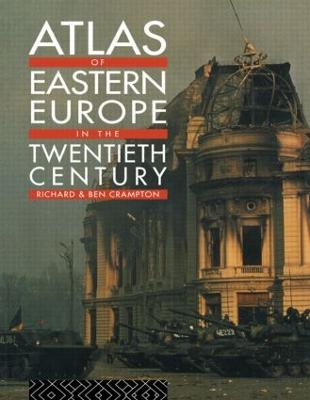 Atlas of Eastern Europe in the Twentieth Century

This guide attempts to draw a definitive picture of the changing shape of central Europe from the beginning of the 20th century to the present, charting the emergence of a volatile world from the abrupt collapse of the communist system. As well as 129 maps, it includes diagrams and a textual commentary. It gives a general introduction to the physical, ethnic and religious composition of the region; includes summary maps of Eastern Europe in 1900, 1923, 1945 and 1994; charts the ebb and flow of the First and Second World Wars in Eastern Europe; presents detailed information relating to constituent territories, elections, economic developments, land-holding patterns for key individual countries in the inter-war years; provides social and economic data, evidencing changes under communist domination; and gives maps of the new states of the post-communist years, with details of elections and economic indicators for Albania, Belarus, Bosnia-Hercegovina, Croatia, the Czech Republic, Estonia, Latvia, Lithuania, Macedonia, Moldova, Slovakia and others. » Have you read this book? We'd like to know what you think about it - write a review about Atlas of Eastern Europe in the Twentieth Century book by Richard Crampton and you'll earn 50c in Boomerang Bucks loyalty dollars (you must be a Boomerang Books Account Holder - it's free to sign up and there are great benefits!)


A Preview for this title is currently not available.
More Books By Richard Crampton
View All

Bulgaria`s Democratic Consolidation and the Kozl - The Unattainability of Closure
$49.46 $54.95