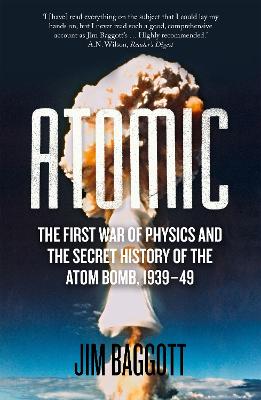 An account of the race to build humankind's most destructive weapon. This book draws on declassified material, such as MI6's FarmHall transcripts, coded Soviet messages cracked by American cryptographers in the Venona project, and interpretations by Russian scholars of documents from the Soviet archives.

Spanning ten historic years, from the discovery of nuclear fission in 1939 to 'Joe-1', the first Soviet atomic bomb test in August 1949, Atomic is the first fully realised popular account of the race between Nazi Germany, Britain, America and the Soviet Union to build atomic weapons.

Rich in personality, action, confrontation and deception, Jim Baggott's book tells an epic story of science and technology at the very limits of human understanding.

Other Editions - Atomic by Jim Baggott 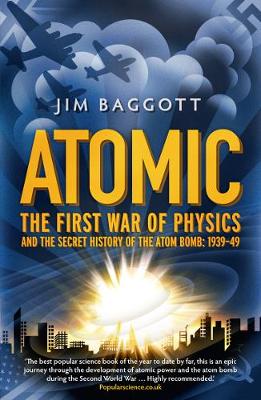 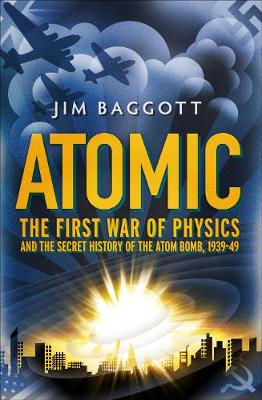 » Have you read this book? We'd like to know what you think about it - write a review about Atomic book by Jim Baggott and you'll earn 50c in Boomerang Bucks loyalty dollars (you must be a Boomerang Books Account Holder - it's free to sign up and there are great benefits!)

Jim Baggott is an award-winning science writer. A former academic chemist,he runs an independent management consultancy practice but maintains a broad interest in science, philosophy and history and continues to write on these subjects in his spare time, for, amongother publications, New Scientist magazine. His previous bookshave been widely acclaimed and include A Beginner's Guide to Reality (Penguin, 2005) and Beyond Measure: Modern Physics,Philosophy and the Meaning of Quantum Theory (OUP, 2004).

A Preview for this title is currently not available.
More Books By Jim Baggott
View All

Quantum Space: Loop Quantum Gravity and the Search for the Structure of Space, Time, and the Universe
$48.11 $53.46

The Quantum Cookbook: Mathematical Recipes for the Foundations of Quantum Mechanics
$80.06 $88.95