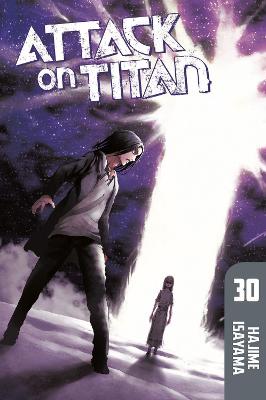 To activate the true power of the Founding Titan that courses through his veins, Eren must make contact with Zeke, a Titan of royal blood. Though Zeke has escaped Levi and the Survey Corps, he's made little headway before the Marleyan military and its Titan warriors attack. Eren pummels his way through the Marleyan trap and past his former friends, but as the battle rages, he stumbles into a situation far beyond what his brother could have planned.

» Have you read this book? We'd like to know what you think about it - write a review about Attack On Titan 30 book by Hajime Isayama and you'll earn 50c in Boomerang Bucks loyalty dollars (you must be a Boomerang Books Account Holder - it's free to sign up and there are great benefits!)