A major new interpretation of how one of the great figures of Christian history came to write the greatest of all autobiographies
Augustine is the person from the ancient world about whom we know most. He is the author of an intimate masterpiece, the Confessions, which continues to delight its many admirers. In it he writes about his infancy and his schooling in the classics in late Roman North Africa, his remarkable mother, his sexual sins ('Give me chastity, but not yet,' he famously prayed), his time in an outlawed heretical sect, his worldly career and friendships and his gradual return to God. His account of his own eventual conversion is a classic study of anguish, hesitation and what he believes to be God's intervention. It has inspired philosophers, Christian thinkers and monastic followers, but it still leaves readers wondering why exactly Augustine chose to compose a work like none before it.
Robin Lane Fox follows Augustine on a brilliantly described journey, combining the latest scholarship with recently found letters and sermons by Augustine himself to give a portrait of his subject which is subtly different from older biographies. Augustine's heretical years as a Manichaean, his relation to non-Christian philosophy, his mystical aspirations and the nature of his conversion are among the aspects of his life which stand out in a sharper light. For the first time Lane Fox compares him with two contemporaries, an older pagan and a younger Christian, each of whom also wrote about themselves and who illumine Augustine's life and writings by their different choices.
More than a decade passed between Augustine's conversion and his beginning the Confessions. Lane Fox argues that the Confessions and their thinking were the results of a long gestation over these years, not a sudden change of perspective, but that they were then written as a single swift composition and that its final books are a coherent consummation of its scriptural meditation and personal biography. This exceptional study reminds us why we are so excited and so moved by Augustine's story. 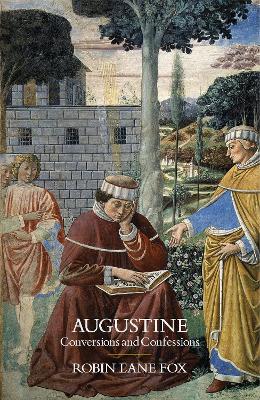 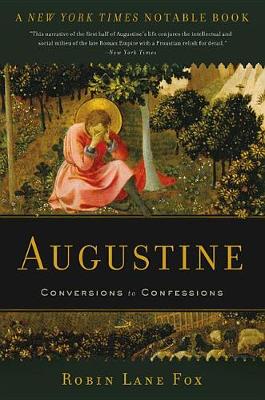 » Have you read this book? We'd like to know what you think about it - write a review about Augustine book by Robin Lane Fox and you'll earn 50c in Boomerang Bucks loyalty dollars (you must be a Boomerang Books Account Holder - it's free to sign up and there are great benefits!)

Robin Lane Fox is Emeritus Fellow of New College, Oxford, and was until 2014 Reader in Ancient History in Oxford University. He is the author of Pagans and Christians (1986), The Unauthorised Version (1992) and many books on classical history, including Alexander the Great (1973), The Classical World (2005) and Travelling Heroes (2008), all of which have been widely translated. He has been the gardening correspondent of the Financial Times since 1970.

A Preview for this title is currently not available.
More Books By Robin Lane Fox
View All