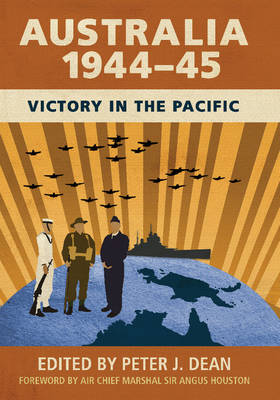 Victory in the Pacific

The years 1944 and 1945 were pivotal in the development of Australia's approach to strategy during the Second World War and beyond. While the main battlefront of the Pacific War had moved further north, Australian air, land and sea forces continued to make a significant contribution to the Allied campaign and towards achieving Australia's strategic interests and objectives. In New Guinea, Australian operations secured territories and released men from service, while in Borneo a highly successful campaign was clouded by uncertain motives and questionable strategy. Australia 1944-45: Victory in the Pacific examines this complex and fascinating period, which has been largely under-represented in Australian military history. Peter Dean leads a team of highly regarded military historians in assessing Australian, Allied and Japanese strategies, the conduct of the campaigns in the Southwest Pacific Area and Australia's significant role in achieving victory.

» Have you read this book? We'd like to know what you think about it - write a review about Australia 1944-45 book by Peter J. Dean and you'll earn 50c in Boomerang Bucks loyalty dollars (you must be a Boomerang Books Account Holder - it's free to sign up and there are great benefits!)

Dr Peter J. Dean is a Senior Fellow at the Strategic and Defence Studies Centre, Coral Bell School of Asia-Pacific Affairs at the Australian National University where he holds the position of Director of Studies. He is the author/editor of numerous works including Architect of Victory: The Military Career of Lieutenant General Sir Frank Horton Berryman (2011), Australia 1942: In the Shadow of War (2012), Australia 1943: The Liberation of New Guinea (2013) and Australia's Defence: Towards a New Era (2014). He is a member of the editorial board of the journal Global War Studies and managing editor of the journal Security Challenges.

A Preview for this title is currently not available.
More Books By Peter J. Dean
View All

After American Primacy: Imagining the Future of Australia's Defence
$42.49 $49.99