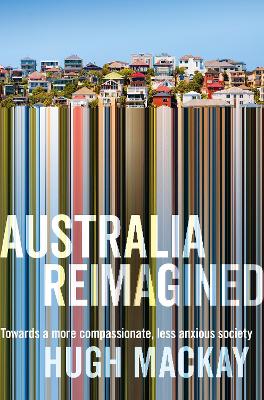 'When it comes to our future, misplaced optimism is as dangerous as blind faith. What is needed is the courage to face the way things are, and the wisdom and imagination to work out how to make things better.'

Australia's unprecedented run of economic growth has failed to deliver a more stable or harmonious society. Individualism is rampant. Income inequality is growing. Public education is under-resourced. The gender revolution is stalling. We no longer trust our major institutions or our political leaders. We are more socially fragmented, more anxious, more depressed, more overweight, more medicated, deeper in debt and increasingly addicted - whether to our digital devices, drugs, pornography or 'stuff'.

Yet esteemed social researcher Hugh Mackay remains optimistic. Twenty-five years ago, he revolutionised Australian social analysis with the publication of Reinventing Australia. Now he takes another unflinching look at us and offers some compelling proposals for a more compassionate and socially cohesive Australia. You might not agree with everything he suggests, but you'll find it hard to get some of his ideas out of your head.

Argued with intelligence and passion, this book is essential reading for everyone who loves Australia enough to want to make it a better place for us all. 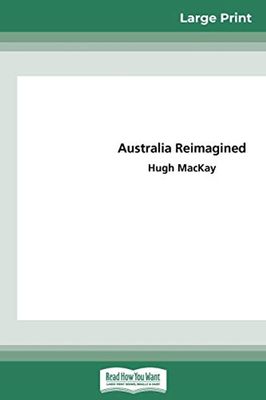 » Have you read this book? We'd like to know what you think about it - write a review about Australia Reimagined book by Hugh Mackay and you'll earn 50c in Boomerang Bucks loyalty dollars (you must be a Boomerang Books Account Holder - it's free to sign up and there are great benefits!)

Hugh Mackay is a social researcher and bestselling author. Australia Reimagined is his nineteenth book. His research career has spanned six decades, including 25 years as research director of The Mackay Report, publishing quarterly reports on all aspects of Australian life. Among many honorary appointments, he has been deputy chair of the Australia Council for the Arts, chairman of trustees of Sydney Grammar School, the inaugural chair of the ACT government's Community Inclusion Board, and is currently a patron of the Asylum Seekers Centre. He is a Fellow of the Australian Psychological Society and has been awarded honorary doctorates by five Australian universities. In 2015, he was appointed an Officer of the Order of Australia. He lives in Canberra.

Right and Wrong: How to decide for yourself, make wiser moral choices and build a better society
$16.99 $19.99