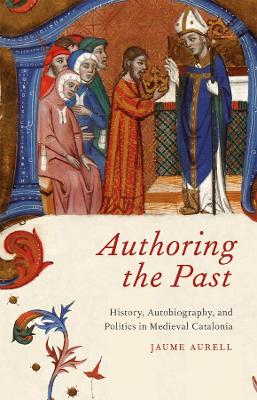 Description - Authoring the Past by Jaume Aurell

Authoring the Past surveys medieval Catalan historiography, shedding light on the emergence and evolution of historical writing and autobiography in the Middle Ages, on questions of authority and authorship, and on the links between history and politics during the period. Jaume Aurell examines texts from the late twelfth to the late fourteenth century-including the Latin Gesta comitum Barcinonensium and four texts in medieval Catalan: James I's Llibre dels fets, the Cronica of Bernat Desclot, the Cronica of Ramon Muntaner, and the Cronica of Peter the Ceremonious-and outlines the different motivations for the writing of each.

For Aurell, these chronicles are not mere archaeological artifacts but rather documents that speak to their writers' specific contemporary social and political purposes. He argues that these Catalonian counts and Aragonese kings were attempting to use their role as authors to legitimize their monarchical status, their growing political and economic power, and their aggressive expansionist policies in the Mediterranean. By analyzing these texts alongside one another, Aurell demonstrates the shifting contexts in which chronicles were conceived, written, and read throughout the Middle Ages.

The first study of its kind to make medieval Catalonian writings available to English-speaking audiences, Authoring the Past will be of interest to scholars of history and comparative literature, students of Hispanic and Romance medieval studies, and medievalists who study the chronicle tradition in other languages.

Book Reviews - Authoring the Past by Jaume Aurell

» Have you read this book? We'd like to know what you think about it - write a review about Authoring the Past book by Jaume Aurell and you'll earn 50c in Boomerang Bucks loyalty dollars (you must be a Boomerang Books Account Holder - it's free to sign up and there are great benefits!)

Jaume Aurell is associate professor in the Department of History and dean of the College of Humanities and Social Sciences at the University of Navarra, Spain.

A Preview for this title is currently not available.
More Books By Jaume Aurell
View All

Theoretical Perspectives on Historians' Autobiographies: From Documentation to Intervention
$77.21 $77.99