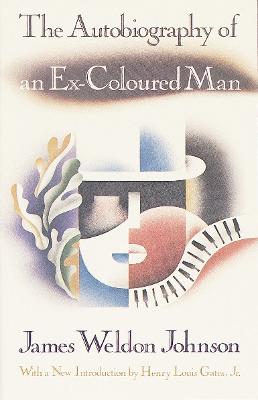 First published anonymously in 1912, this resolutely unsentimental novel gave many white readers their first glimpse of the double standard -- and double consciousness -- that ruled the lives of black people in modern America. Republished in 1927, at the height of the Harlem Renaissance, with an introduction by Carl Van Vechten, The Autobiography of an Ex-Coloured Man became a groundbreaking document of Afro-American culture; the first first-person novel ever written by a black, it became an eloquent model for later novelists ranging from Zora Neale Hurston to Richard Wright and Ralph Ellison.

Narrated by a man whose light skin enables him to "pass" for white, the novel describes a journey through the strata of black society at the turn of the century -- from a cigar factory in Jacksonville to an elite gambling club in New York, from genteel aristocrats to the musicians who hammered out the rhythms of ragtime. The Autobiography of an Ex-Coloured Man is a complex and moving examination of the question of race and an unsparing look at what it meant to forge an identity as a man in a culture that recognized nothing but color.

» Have you read this book? We'd like to know what you think about it - write a review about Autobiography Of Ex Coloured Man book by James Weldon Johnson and you'll earn 50c in Boomerang Bucks loyalty dollars (you must be a Boomerang Books Account Holder - it's free to sign up and there are great benefits!)