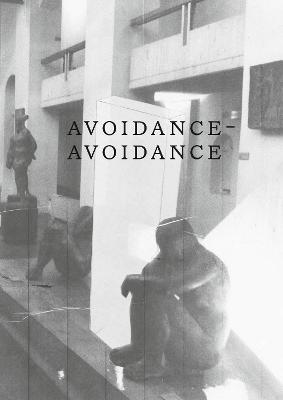 The script for, and conversations around, artist Jesse Ash's multi-dimensional project built around a play about a bitter argument between two ex-lovers.

The script for, and conversations around, artist Jesse Ash's multi-dimensional project built around a play about a bitter argument between two ex-lovers.

Avoidance--Avoidance is a multi-dimensional project built around a play about a bitter argument between two ex-lovers. The project incorporates artworks which act as props, set pieces, and stage, and as individual artworks in their own right. Brought together through an evolving script, the narrative unfolds to reveal a multiplicity of secrets through an ongoing, interrogative dialogue. The individual artworks act both as backdrops to, and reflections on this repetitive exercise in extracting and concealing information. The culmination of which shines a light on public and private forms of disclosure within a contemporary context of state and commercial surveillance.

Bringing together material from each iteration of the project, spanning multiple continents and languages--including annotated and translated scripts, rehearsal and performance stills, studio sketches and intricate newspaper collages--the book explores the theme of transparency in emotional, material and political terms.

The project is introduced through a text by curator Elsa Coustou. Conversations with actor Ansu Kabia, writer Peter Pomerantsev, and artist Daniel Sinsel consider issues such as "performed" intimacy, troll farms, and trompe l'oeil through the lens of the Avoidance--Avoidance project.

» Have you read this book? We'd like to know what you think about it - write a review about Avoidance-Avoidance book by Jesse Ash and you'll earn 50c in Boomerang Bucks loyalty dollars (you must be a Boomerang Books Account Holder - it's free to sign up and there are great benefits!)