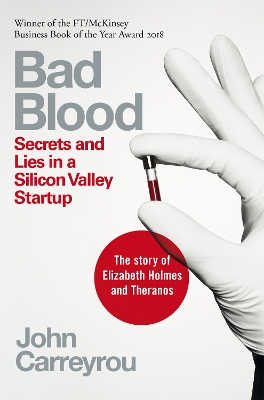 Bad Blood: Secrets and Lies in a Silicon Valley Startup

"You will not want to put this riveting, masterfully reported book down. No matter how bad you think the Theranos story was, you'll learn that the reality was actually far worse." Bethany McLean, bestselling coauthor of The Smartest Guys in the Room and All the Devils Are Here

A New York Times bestseller to be adapted into a film with Jennifer Lawrence to star.

In 2014, Theranos founder and CEO Elizabeth Holmes was widely seen as the female Steve Jobs: a brilliant Stanford dropout whose startup 'unicorn' promised to revolutionize the medical industry with a machine that would make blood tests significantly faster and easier. Backed by investors such as Larry Ellison and Tim Draper, Theranos sold shares in a fundraising round that valued the company at $9 billion, putting Holmes's worth at an estimated $4.7 billion. There was just one problem: the technology didn't work.

For years, Holmes had been misleading investors, FDA officials, and her own employees. When Carreyrou, working at the Wall Street Journal, got a tip from a former Theranos employee and started asking questions, both Carreyrou and the Journal were threatened with lawsuits. Undaunted, the newspaper ran the first of dozens of Theranos' articles in late 2015. By early 2017, the company's value was zero and Holmes faced potential legal action from the government and her investors.

In Bad Blood John Carreyrou tells the story of Theranos, and encourages us to consider the possible repercussions of our blind faith in a small group of brilliant individuals.

"A dazzling story of deception in Silicon Valley. . .It is a tale of heroic cupidity on a scale that made the very best and the very brightest look like the very, very foolish . . . You will not be able to put this book down." Washington Post

"Carreyrou presents the scientific, human, legal and social sides of the story in full. Although some of it was previously reported in his extensive coverage, he unveils many dark secrets of Theranos that have not previously been laid bare." Nature

"His [Carreyrou's] unmasking of Theranos is a tale of David and Goliath." Financial Times

Other Editions - Bad Blood: Secrets and Lies in a Silicon Valley Startup by John Carreyrou 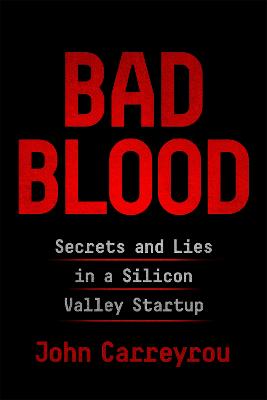 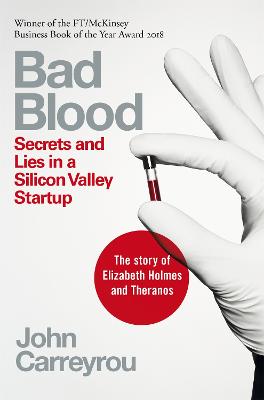 » Have you read this book? We'd like to know what you think about it - write a review about Bad Blood: Secrets and Lies in a Silicon Valley Startup book by John Carreyrou and you'll earn 50c in Boomerang Bucks loyalty dollars (you must be a Boomerang Books Account Holder - it's free to sign up and there are great benefits!)