A brand-new upsized paperback edition of this classic story.

The bad-tempered ladybird picks fights with every animal he meets, but soon learns the importance of friends and turns into a far nicer, happier bug.

The beautifully illustrated pages of this entertaining book demonstrate the sizes of the different animals and the sun's path across the sky as time passes.

Other Editions - The Bad-Tempered Ladybird by Eric Carle 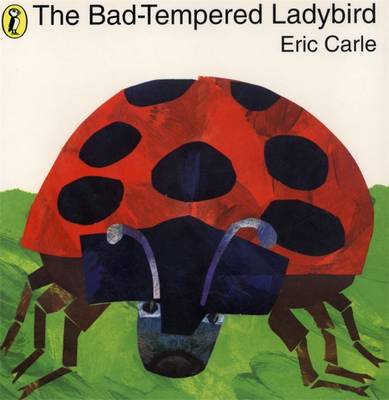 » Have you read this book? We'd like to know what you think about it - write a review about Bad-Tempered Ladybird book by Eric Carle and you'll earn 50c in Boomerang Bucks loyalty dollars (you must be a Boomerang Books Account Holder - it's free to sign up and there are great benefits!)

The Bad-tempered Ladybird written by the author who wrote The Very Hungry Caterpillar.

The story is about a Ladybird who has a bit of a attitude and always willing to pick a fight. When another Ladybird lands on his leaf he heads off to pick a fight with someone bigger and so on.

Not a bad book but concepts taken from his other works, however seeming he created it, I guess that's OK.