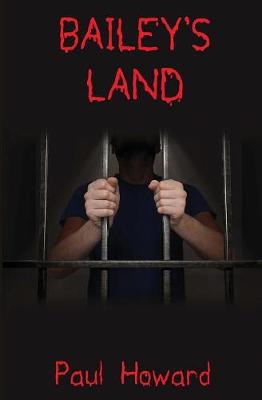 A terrorist bombing at a summer carnival on the Brighton sea front causes mayhem and murder. Detective Inspector Sarah Machin and her colleague, Detective Sergeant Morgan Roberts, recently transferred to Counter Terrorism Command, are sent to investigate. After discovering the bomber, a teenage boy, had been kidnapped and had no connection with any terrorist group, a baffled Machin starts a frantic hunt for the ones behind the awful crime.

With the recent rise of the English Patriot Party, a far right organization fronted in Sussex by local leader, Ian Bailey, Machin looks at them as major suspects. When ex-copper Bailey denies all knowledge and claims the bombing was, in fact, carried out by the militant left in a bid to destroy the well-supported EPP, Machin's case is thrown into disarray. As the investigation unfolds and more terror attacks are carried out by what appear to be brainwashed boys, she realizes that she's locked in a fight with evil killers who have no compunction about taking human life.

» Have you read this book? We'd like to know what you think about it - write a review about Bailey's Land book by Paul Howard and you'll earn 50c in Boomerang Bucks loyalty dollars (you must be a Boomerang Books Account Holder - it's free to sign up and there are great benefits!)