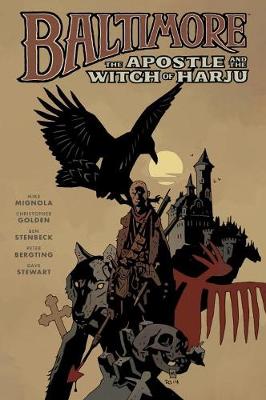 The Apostle and the Witch of Harju

Lord Baltimore hunts the godlike Red King, who is responsible for the vampire plague. After saving a young woman from her undead husband, Baltimore and his team of fearless vampire killers face the demonic offspring of a witch, and uncover the truth about the inquisitor turned werewolf Judge Duvic-now more bloodthirsty than ever. Collects Baltimore- The Witch of Harju #1-#3 and The Wolf and the Apostle #1-#2.

Series Overview- After a devastating plague ends World War I, Europe is suddenly flooded with vampires. Lord Henry Baltimore, a soldier determined to wipe out the monsters, fights his way through bloody battlefields, ruined plague ships, exploding zeppelins, and submarine graveyards on the hunt for the creature who's become his obsession.

» Have you read this book? We'd like to know what you think about it - write a review about Baltimore Volume 5 book by Mike Mignola and you'll earn 50c in Boomerang Bucks loyalty dollars (you must be a Boomerang Books Account Holder - it's free to sign up and there are great benefits!)

Mike Mignola began his career in 1980 by illustrating spots in the Comic Reader. He began inking in August of 1983 for Marvel Comics including Daredevil and Power Man & Iron Fist. Mignola is particularly noted for his highly distinctive style, which was once called German expressionism meets Jack Kirby by Alan Moore, in an introduction to a Hellboy collection. While Mignola has heavily influenced a new generation of comics artists since he began working on Hellboy, he was something of an odd man out in the superhero comics industry in the beginning of his career. Mignola s imagery stood in stark contrast to the style of his contemporaries. Where others would draw muscular men and slim, well-endowed women, Mignola s characters were usually bulky and rough-looking, and more often than not defined by large shadowed areas rather than fine details. Hellboy was made into a feature film in 2004 by director Guillermo del Toro. Mignola was closely involved with the movie s production. Hellboy also has been made into two direct-to-video animated films, Sword of Storms and Blood and Iron in 2007. The author lives in Los Angeles, CA.. 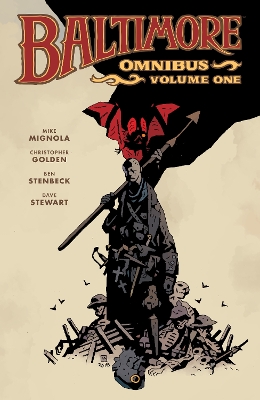 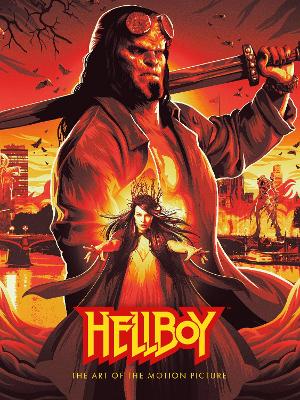