Published at the height of the McCarthy era, Norman Mailer's audacious novel of socialism is at once an elegy and an indictment, a sinuous moral thriller and an intellectual slugfest. Wounded during World War II, Mike Lovett is an amnesiac, and much of his past is a secret to himself. But when Lovett rents a room in Brooklyn, he finds that his housemates have secrets of their own- One betrays a husband that no one ever sees; another may have been a Communist executioner. Combining Kafkaesque unease with Orwellian paranoia, Barbary Shore plays havoc with our certainties and delivers its effects with a force that is pure Mailer. 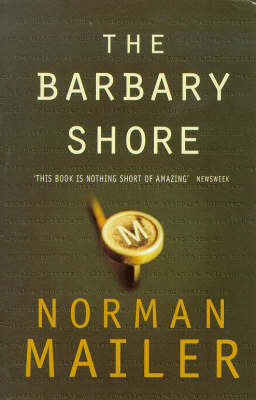 » Have you read this book? We'd like to know what you think about it - write a review about Barbary Shore book by Norman Mailer and you'll earn 50c in Boomerang Bucks loyalty dollars (you must be a Boomerang Books Account Holder - it's free to sign up and there are great benefits!)

Born in 1923 in Long Branch, NJ, and raised in Brooklyn, NORMAN MAILER was one of the most influential writers of the second half of the 20th century and a leading public intellectual for nearly sixty years. He is the author of more than thirty books. The Castle in the Forest, his last novel, was his eleventh New York Times bestseller. His first novel, The Naked and the Dead, has never gone out of print. His 1968 nonfiction narrative, The Armies of the Night, won the Pulitzer Prize and the National Book Award. He won a second Pulitzer for The Executioner's Song and is the only person to have won Pulitzers in both fiction and nonfiction. Five of his books were nominated for National Book Awards, and he won a lifetime achievement award from the National Book Foundation in 2005. Mr. Mailer died in 2007 in New York City.