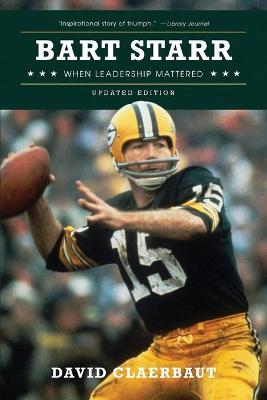 Bart Starr was the quarterback of the Green Bay Packers from 1956 to 1971, the most meaningful and successful era of one of football's most storied franchises. Starr was named MVP of the first two Super Bowls and to the Pro Bowl four times. He threw for more than 24,000 yards in his career and holds the Packer record for most games played. But the awards and impressive statistics are not what fans remember most about Bart Starr. As his legendary coach, Vince Lombardi, once said, "Bart Starr stands for what the game of football stands for: courage, stamina and coordinated efficiency. You instill desire by creating a superlative example. The noblest form of leadership is by example and that is what Bart Starr is about."

Bart Starr: When Leadership Mattered shows with clarity and stunning insight just how true Lombardi's compliment was. Drafted in the seventeenth round out of the University of Alabama after a checkered collegiate career, Starr was just hoping to catch the eye of an NFL team. As the 199th selection in the 1956 draft, his expectations and those of the team and fans were limited. But Bart Starr rose above everyone's expectations to will his way to the starting job, aided by the encouragement of Lombardi, who became Packer head coach in 1959.

This book reveals all the details of Starr's improbable rise to stardom. It explores his relationship with Lombardi and his guidance of the Packers from a downtrodden franchise to five-time World Champions to two-time Super Bowl winners. His epic battles with rivals such as the Bears and Lions and the famous Ice Bowl are also recalled in unforgettable fashion.
But most of all, Bart Starr: When Leadership Mattered is about a modestly talented football player who with uncommon intelligence, grit, and leadership elevated his play and that of his teammates. The Packers would not have been the Packers without Bart Starr.

Other Editions - Bart Starr: When Leadership Mattered by David Claerbaut 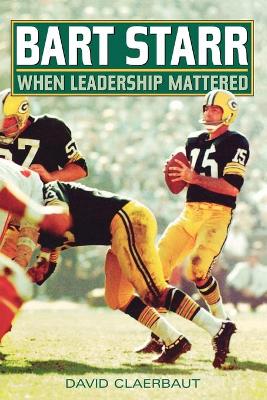 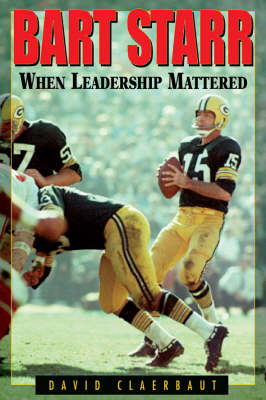 » Have you read this book? We'd like to know what you think about it - write a review about Bart Starr: When Leadership Mattered book by David Claerbaut and you'll earn 50c in Boomerang Bucks loyalty dollars (you must be a Boomerang Books Account Holder - it's free to sign up and there are great benefits!)


A Preview for this title is currently not available.
More Books By David Claerbaut
View All