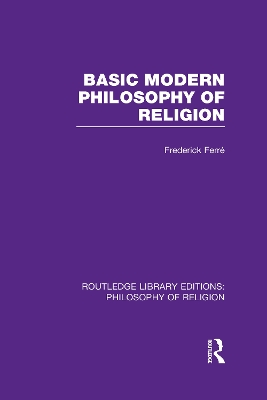 This book provides a reasoned, comprehensive understanding of what religion is as well as a clear and critical assessment of whether, in the light of modern developments in philosophy, contemporary thinking people can responsibly maintain religious belief in God.

The book is divided into three major sections: the first deals with what all religions may be said to have in common; the second discusses theistic religion and the issue of intellectually responsible belief in God; the third examines current developments within a particular theistic religion, Christianity.

Originally published in 1968, the book is basic, both in the nature of the issues it discusses and in the clarity and comprehensiveness of its presentation; it is varied in the arguments and perspectives dealt with; it provides an introduction to philosophical thinking through the problems of philosophy of religion; and it deals seriously with controversial movements in theology.

Other Editions - Basic Modern Philosophy of Religion by Frederick Ferre 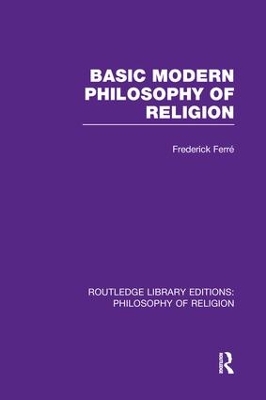 » Have you read this book? We'd like to know what you think about it - write a review about Basic Modern Philosophy of Religion book by Frederick Ferre and you'll earn 50c in Boomerang Bucks loyalty dollars (you must be a Boomerang Books Account Holder - it's free to sign up and there are great benefits!)


A Preview for this title is currently not available.
More Books By Frederick Ferre
View All